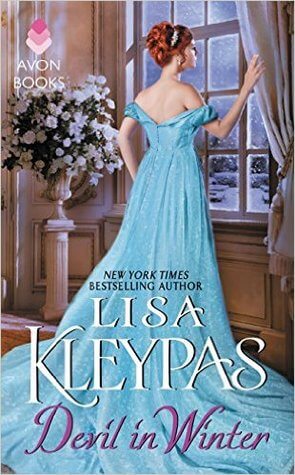 Jennie: I am *terrible* at remembering books and titles, and the ones that I do remember tend to be 10 or more years old, but I think of Mary Balogh as the queen of MoC plots. Sherry Thomas had a really good, tearjerking book (I think it is about 10 years old!) called Ravishing the Heiress. I will try to think of more!

Kaetrin: Mary Balogh is definitely the queen of the MOC – The Temporary Wife, First Comes Marriage, Someone to Wed – but there’s also some classics like An Arranged Marriage by Jo Beverley and Devil in Winter by Lisa Kleypas.

Janine: I really liked Devil in Winter when I first read it in early 2007, but felt very differently when I read it again in 2019. And you just reminded me of a favorite, Confessions from an Arranged Marriage by Miranda Neville.

But to get back to MOC queen Mary Balogh, here are some recs. A Christmas Promise is a class-difference MOC / arranged marriage book. Eleanor’s father arranged her marriage to Randolph on his deathbed so that Eleanor, his daughter, would be cared for (he dies a day or two after they marry). Randolph and Eleanor have reasons to think badly of each other and Balogh raises the stakes further by making them resolve all this during a Christmas house party with relatives and friends from both sides who don’t know each other. Sunita and I both loved it when we reviewed it in 2010. I’m not sure how it holds up, though. 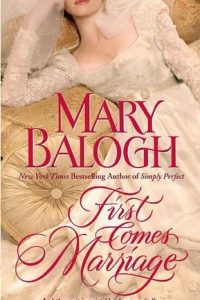 Slightly Married is another Balogh I loved. Eve’s brother asks Aidan to marry Eve as he is dying on the battlefield. Eve is about to lose her farm and possibly custody of her niece and nephew with it. Aidan is in love with someone else and hopes she’ll say no to his proposal, but she says yes.

Carolyn Jewel has an MOC book where the hero has feelings for someone else, too—Surrender to Ruin, book three in her Sinclair Sisters trilogy. Bracebridge marries Emily to get her out of a bad situation because he is in love with her (married) sister. Some readers feel that Bracebridge doesn’t really come around, but I saw him as having feelings for Emily that he did not want to admit to. I did think he needed to grovel more but the book was sexy and angsty.

An earlier MOC romance in the same series is Lord Ruin, and it’s one I couldn’t finish. The setup is rapey and hard to buy (he mistakes her for someone else and has sex with her while she’s sleeping, oops!). I felt it was boring, too, and that the heroine was a Mary Sue. It was a popular book, though.

Jayne: The MOC books I see most frequently are historicals. And usually they work for me. But there are a few more contemporary ones I’ve liked as well. 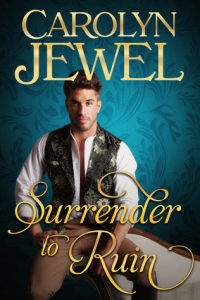 MOC for business/job – Marriage or Ruin for the Heiress by Lauri Robinson – he needs a wife because married men are seen as more stable (1930s setting). Free Fall by Emma Barry and Genevieve Turner – she’s pregnant and he’s an astronaut whose shot at walking on the moon could be quashed by any scandal. And oh, does anyone know if the last book in the Fly Me to the Moon series will ever be written – the one with cosmonauts?

MOC for honor – The Substitute Bridegroom by Charlotte Louise Dolan – he’s ruined her chances of a marriage offer when his reckless curricle driving scars her face. The Borrowed Bride by Elizabeth Lane (western) – she’s pregnant but the father has left town so his brother steps in to do the honorable thing.

MOC for revenge – The Anglophile by Dell Shannon (Egan O’Neill, Elizabeth Linington) – he’s an Irish revolutionary looking to get himself into upper class society and doesn’t want to love any wife so he picks (ugh) an Englishwoman.

MOC for protection – The Work of Art by Mimi Matthews – she’s beautiful and has caught the eye of a rich Duke who collects beautiful things. A Touch of Forever by Jo Goodman – he needs protection from an avaricious female while she is a domestic abuse survivor. Beautiful Bad Man by Ellen O’Connell – evil villain wants heroine off her land. Hero is impressed with her feistiness.

MOC because she’s a plain/desperate thing and he feels somewhat sorry for her – Lots of Neels books fall into this category – The Bachelor’s Wedding by Betty Neels (fairly contemporary). Jo Beverley’s An Unlikely Countess is a historical example.

MOC for family/the succession – Temporary Wife Temptation (aka The “I Do” Dilemma) (The Heirs of Hansol 1) by Jayci Lee (contemporary) – Grandma wants him married, he doesn’t want to marry her handpicked bride. The Convenient Marriage by Georgette Heyer – he’s engaged to her sister but the sister is in love with an impoverished military man so little sis steps in and marries the rich nobleman. “The Wedding Banquet” is actually an older (2004) movie in which a gay man needs to keep his sexual orientation from his conservative family. Several of the Rockliffe series have aristocratic men marrying to start their nurseries, as one does.

Janine: I have never read it bu A Civil Contract by Georgette Heyer is famous for dividing readers. The hero was in love with another woman when he married the heroine and some readers felt cheated because they felt he never came around to feeling that he did more than settle. Others disagree and say he saw the heroine’s worth, it was just conveyed subtly.

(I’ve always wanted to see “The Wedding Banquet”! It was directed by Ang Lee, one of my favorite directors.)

Jayne: Little Darlin’ by Cheryl Reavis (contemporary) – he might be the father of an abandoned child, she was pressured into fostering said child, he’s on active duty and sent overseas. 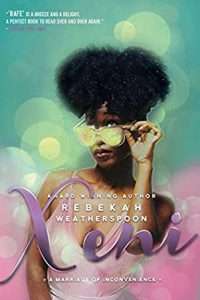 Kaetrin: In Suddenly Engaged by Julia London the couple contemplate getting married so that her daughter, Ruby, can be covered by his health insurance when Ruby needs expensive medical treatment. In the US that seems like a thing that would actually happen. Probably there are citizenship marriages too but I can’t think of any books I’ve read which have this trope. I’m sure it happens in real life but the stakes are too high for this to be admitted by anyone.

Noelle Adams managed a marriage of convenience in a contemporary setting well in A Negotiated Marriage and Married for Christmas. Xeni by Rebekah Weatherspoon is another modern MOC story which arises out of a will – the couple have to be legally married for at least 30 days to inherit a large sum of money. I think arranged marriages fall into this bucket as well and there are some wonderful multicultural contemporaries that use this as the basis for the romance – The Bride Test by Helen Hoang springs to mind here.

Janine: Three of us–you, Jayne, and me–recommended The Bride Test.

Layla: Some of my favorite marriage of convenience are Julia Quinn’s The Duke and I, Lisa Kleypas’s The Devil in Winter, How to Love a Duke in 10 Days by Kerrigan Byrne (crazy but crazy good too!), About a Rogue by Caroline Linden, The Madness of Lord Ian Mackenzie by Jennifer Ashley, The Chief Monica McCarty, Never Seduce a Scot by Maya Banks. 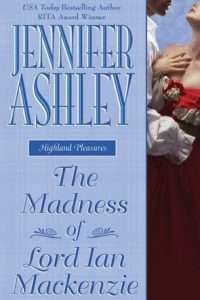 Sirius: Marriage of convenience work for me very well in many long romances by Megan Derr. She usually mixes it with enemies-to-lovers trope and I very often enjoyed it a lot. She literally has from enemies to lovers in almost all books of hers and marriage of convenience features prominently in many.

There is Unbreakable Soldiers trilogy. It became trilogy only recently, so I so far have read only first two books The Engineered Throne and The Painted Crown. In both books the marriage of necessity/ convenience takes place basically for the purpose of finding peace between two imaginary states at war. It is not something as simple as “you marry him, there is peace right away”, because there are some other more immediate purposes but this is the end goal. Both books worked very well for me.

There are also Tales of the High Court. There are five books now, I believe I read four. In these books marriages of convenience/necessity also take place for political purposes. I liked The High King’s Golden Tongue the best I think.

I also reviewed Winter’s Orbit by Everina Maxwell and the marriage of convenience there worked for me too despite pacing issues. 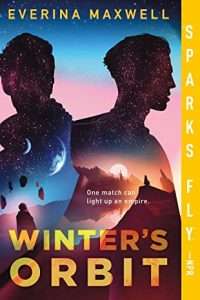 Janine: I have heard good things about Winter’s Orbit.

Sirius: I actually thought that the pacing in the first half was wrong – it made sense that author would want the men to get to know each other slowly but a previous spouse was killed so in a book full of tension and elephant in the room (the murder), the slow pacing felt wrong. Having said that, the men had chemistry and when the story started to move faster it became almost perfect for me. The book is SFF, but also a good example of when marriage of convenience works for me in SFF books. We have an imaginary empire ruling an imaginary coalition of the planets, so it felt right to me that marriage of convenience would have worked for political purposes.

Kaetrin: Strange Love by Ann Aguirre which is a SFF MOC book – it’s a fantastic book, super funny and a really interesting take on the trope given its setting. I enjoyed Winter’s Orbit too Sirius – I think I liked it better than you did even, although I agree it was a bit slow in parts.

Share your thoughts with us, readers. What marriage-of-convenience novels do you recommend to us and to other readers, or recommend we avoid? Have you read any of the books we’ve mentioned, and did you like them if so?