Araminta Smith first met Professor Jason Lister when she was hired to look after his niece and nephew. Knowing that her plain but honest looks weren’t about to catch her a husband, Araminta believed she’d never marry. That’s why she was intrigued by the distinguished surgeon’s interest in her. Since he was also a confirmed bachelor, the professor’s proposal came as an even greater surprise. A marriage between them, he argued, would be infinitely practical—and Araminta was nothing if not practical. But then…what about love?

NOTE – there is no described scene in which Araminta climbs Jason like a tree, darn it.

I’d heard this book listed as one of Neels’ best and it has an English hero so I snatched it up when it went on sale. Oh, it’s so good. True the working class heroine Araminta is a drab little thing and thoroughly downtrodden by her relations (boo hiss) but she’s got a backbone and isn’t afraid to speak up. At first this seems to astonish Jason Lister, surgeon supreme, but by the end, he likes it!

If not for his brother-in-law falling ill in Chile (cause never discussed so it’s swept out of the way quickly), his sister needing to fly immediately there (medical care is good but oh, the food), and two slightly stroppy teenagers needing looking after, Jason and Araminta would no doubt have never met. But she is the capable one sent by her agency and despite her young age (23) and the Professor’s doubts (he knows his niece and nephew), she manages the two children without bashing them over the head once (and Gloria really is a bit snooty and rude – even her brother says so).

Over the course of transporting them all hither and yon, then bringing Araminta back to London, then being importuned by a vivacious London socialite who has her eyes set on becoming Mrs. Lister, Jason realizes that Araminta is a quiet, unobtrusive type who will act to fend off women throwing themselves at him while not causing him any bother. I think he fully believes he’ll be able to just prop her up in a corner. After a spectacularly awful proposal (this will be in name only, no love will be involved and by the way, you’re second best since we’re not in love) and advice from her kindly vicar (who knows her ghastly sister and father – see above boo-hiss), Araminta decides what the heck, let’s get out of the awful family home. Even if this is a marriage with no love, it’s better than being a drudge for the world and her selfish sister and uncaring father, too. Even though this book was written in 1995, I had to laugh at how the housekeeper takes Araminta around the house and then they happily settle in to count the contents of the linen closet. 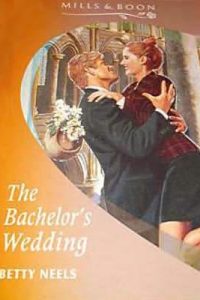 Jason is no fool (he reads Horace and Juvenal in the original Latin) and realizes what leeches her family will become and soon scoots them out of the picture. No loss there. Araminta gets the complete Neels’ heroine “let’s go shopping!” treatment (and yes, there is at least one jersey dress which is bought along with several tweed skirts, silk blouses, and silkie undies – all excellent quality and sure to last a long time). There are the requisite dogs as well as a saved pregnant cat on the verge of starvation and instead of fires in the operating theater we get floods of Biblical proportion as the emergency situation. Yeah – something different!

Practical Araminta admits that somewhere along the way, she’s slipped into love with Jason though she resists drooling over him. Still, she’s not going to just sit there and live out a loveless marriage. I was delighted that she begins to work on little things to catch his attention and sway his heart to love. Yep, it takes a while but finally he realizes his feelings and the faithful Bullers (he and she who have worked for Jason for ages) are delighted that at last their employer has found his true love. And now that I’ve watched the Great British Baking Show, I know what the Queen of Puddings is that Mrs. Buller whips up for dessert. B+