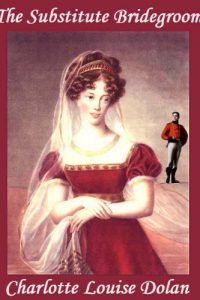 Elizabeth Goldsborough was enjoying a London season that promised marriage to that handsome gentleman, Simon Bellgrave. But an accident involving arrogant Captain Darius St. John stole her happiness. She was forced to accept St. John’s honorable offer of marriage, though she knew he had no interest in her. How was she to bear being married in name only, when she found herself falling in love with her bridegroom?

I read this years ago and really liked it. Recently I did a reread and realized it has a few problems I didn’t remember. The plot is as follows: Beautiful Elizabeth is an Incomparable. She’s engaged to an overly handsome man (who knows it) and will be wed soon. Captain Darius St John was taking part in a curricle race when an accident resulting from it scars Elizabeth’s face. Unable to bear living with a man who can’t stand to look at her, she breaks off the engagement. Her brother demands that Darius marry her as her scarred face has dramatically lessened the chances of another man asking for her. Reluctantly he does but soon heads back to Spain and his regiment. Events conspire to make him believe that his wife is being unfaithful to him and when he has to return to England, he is determined not to allow the tender feelings he has developed for her to flourish.

The secondary characters are great. The servants aren’t merely background props and there is a wonderful character in great aunt Lady Letitia who could have been a famous General or statesman had she been born a male. As it is, she must content herself with matchmaking and is the bane to a bachelor’s existence. Darius’ batman is a no-nonsense kind of man who doesn’t hesitate to inform Darius at any time that he’s being an idiot. Elizabeth’s cousin, Dorie is a charmer while her other cousin, Florie, is an antidote. 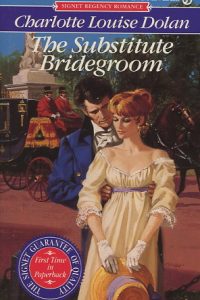 Elizabeth is a woman trying to make the best of her marriage. When he doesn’t write to her from Spain, she thinks that Darius has no interest in her beyond making amends for the damage he caused to her life and tries not to fall in love with him. The villagers and the servants, however, are more than willing to think the worst of him for causing their beloved Miss Elizabeth pain. Of course, this is a romance so we know that’s not going to last. Darius has been hurt by the actions of the women in his life and is all too willing to believe the worst. His mother and two older sisters have no morals (really, they are terrible people), lots of women in the ton play around so he doesn’t expect anything better from any woman. Bad, bad Darius. At times I thought “Darius, stop being a putz.” Will these two finally admit to themselves and the other that they love each other? Yes, but it’s down to the wire. Still the final scene is well worth the wait.

From what I can tell, this is one of the first novels that Dolan had published and unfortunately there are some Regency mistakes (divorce laws and inheritance) which I’m surprised weren’t caught by editors. This was the era of legendary Signet editor Hilary Ross. Still, I enjoyed it enough then to get her entire backlist. She has the touches of humor that I enjoy in Carla Kelly’s books and as I said uses the servant characters in much the same way. Almost all of the secondary characters are there for a reason and are not just page fillers. Darius annoyed me with his ability to immediately think the worst but he was given some justification and I could (sorta) accept it. From the list of her books it seems that there are only seven and that’s a shame. If you like Kelly’s books, I would try Dolan. B-