Ireland, 1749. Dennis McDermott, a witty, charming and daring young man with shades of the Scarlet Pimpernel, lives two lives in eighteenth-century Dublin. Fashionable society idolises him as a handsome, rakish man of their world, never suspecting that he is the mysterious leader of the Irish underground whose nightly missions continue to outwit the British authorities.

But Dennis’ cover as an Anglophile who has renounced his Gaelic roots is under threat from an ever-more inquisitive policeman, and he also is embroiled in another cat-and-mouse game . . . falling in love.

First a note about the plethora of pen names and the cover that shows up via the buy links. “The Anglophile” was written by Barbara “Elizabeth” Linington who wrote under a number of pen names. Most of her books are police procedurals and when they were reissued, it was under the name “Dell Shannon” hence the cover that looks totally out of place for a book about 18th century Georgian Ireland.

This is a difficult book for me to both read and grade. I bought it years ago based on the recommendation of a friend who has read it many times over the years and who still ranks it an A+ even after all that time. The setting and subject matter – 1749 Dublin with Irish patriots fighting against English oppression – interested me but wow, very few of the characters are ones I’d like to know or spend much, if any, time with. In fact I would call Dennis McDermott an anti-hero though at the time the book was written, I dare say as a romantic figure he would have been viewed differently and in a slightly better fashion. Today I’d call the book more historical fiction with a romance thread. It predates the bodice rippers but is a far cry from what is being written today.

From the opening scene, we see the prejudice with which the English characters viewed and treated the Irish. Even though the hero Dennis McDermott is an “Anglophile” who has supposedly decided to collaborate with the English overlords (done by renouncing the Catholic faith and pledging allegiance to King George, among other things repugnant to Irish patriots) he is still seen as “lesser” by them and only tolerated in Polite Society. But Dennis’s secret, and it’s one that could quickly get him hanged if he’s ever caught, is that he is working with the Irish underground against the British.

The mention of the Scarlet Pimpernel in the blurb gives the impression that what these people are up to is romantic and dashing derring do. The reality is a bit more dark. Among the various laws that are harshly enforced in Ireland were ones against education and religion. The English wanted the Irish kept ignorant and forcibly converted from Catholicism. Part of what Dennis and his organization do is to fund underground teachers and priests as well as smuggle promising students out of Ireland to the Continent for further education or ordination into the priesthood then later smuggle them back. Maintaining their proud historical legacy of literature as well as their Irish identity is paramount and they will do anything, including cold blooded murder, to do so. Yeah, there are some very dark gray areas of the book. 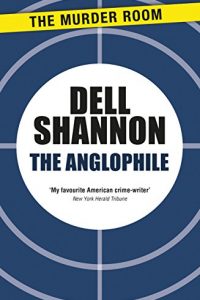 The romance is also not swoony or sexy. Dennis has a reputation as a (real) rake and it’s one that is well earned. At the start of the book, he’s at the tail end of a sexual relationship with the wife of an Englishman and this is a point where I almost stopped reading the book. She is portrayed as a conniving bitch (she really isn’t a nice person) but Dennis is almost as bad and acts like an asshole towards her. Their bedroom scene (no sex) is adversarial to the point that if they’d both been men, I would have expected a fistfight at the least. A later interaction between them cements how Dennis views her as well as his horror at the thought of fathering a half-English child – yes, he hates the English that much that the idea of any child of his having an English mother is abhorrent to him.

The woman he actually decides to marry is English but it’s mainly (initially) due to her immense wealth and that he views her as a wife who will be biddable. Anne is pretty though no beauty and it is to Dennis’s benefit that she’s an orphan whose uncles have facilitated his entrée into English Dublin society and view his suit favorably. She is well aware that Dennis wants her money and actually gives a credible reason to the English brother of her childhood friends as to why she’s picked Dennis. It’s a (sad) testimony to the reality of what women faced in that age.

Sir Harry Quintain is another character who is “of the times” and at times difficult to like. He’s been sent to Dublin to try and root out the people with whom Dennis works. He also debates with himself whether he dislikes Dennis because Dennis is Irish or because Dennis is marrying Anne. Harry initially doesn’t appear to dislike the Irish for any personal reason beyond the fact that they’re Irish, and thus lesser, as well as breaking the law but it quickly becomes personal between the two with poor Anne caught in the middle. Harry also has a long standing (working class) mistress who knows that he’ll never marry her due to that class difference. Their relationship, though also probably historically correct, is a hard one to read about.

The antagonism between Dennis and Harry often focuses on Anne. Dennis can be one jealous SOB when it comes to her – jealous to the point that if the book were published today, people would be calling it out. At times he shakes her, shouts at her, and once gripped her wrist hard enough that Henry saw Dennis’s knuckles turn white. Both Harry and Anne see possessive rage in Dennis’s eyes and during one time, Anne slaps Dennis only to later apologize for that. There is no way in hell I’d ever marry a man like that – and Harry thinks that Dennis would be the type to beat his wife – but even after Harry entreats and warns her, Anne marries Dennis anyway. So yeah, not a hearts and flowers romance relationship that would be written today. But is it actually historically accurate or was it viewed more as acceptable when the book was written – maybe?

Yet I can’t fault Dennis for his long standing rage against who he views as the oppressors  or his desire to fight back. Linington carefully crafts his character to be a product of his history and to act as someone who has lived under this kind of harsh yoke. Anne makes her decisions based on the limited choices a woman – even one with money – had then. In fact in ways her money curtails her more since she must be concerned that this is the reason men court her rather than for herself. She goes into the marriage to Dennis with her eyes wide open, well aware of the eventual pitfalls she’ll face. It is in part due to her actions in regards to what she knows will eventually happen that help to begin to turn Dennis’s emotions toward her.

Harry’s convoluted feelings towards both Anne and Dennis spring from his interactions and history with them as well as his soldier’s character. He’s been given a task and he’ll try to carry that out to the best of his abilities but he also has a long standing brotherly relationship with Anne and hates the thought of any man using her as he would for his own sisters. 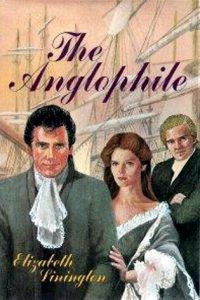 Linington builds these characters based on their backgrounds that are included in the book and on the events and feelings of the times. I might not like what they do and how they act but I can’t deny that they have reasons as to why they behave as they do. It’s realistic even if it’s not always nice. At various times in the book I couldn’t help but think of how Dennis’s Irish organization is like resistance movements during World War II. The oppression is real and if caught the price could be just as deadly. Making snap judgements about a person’s character, motivation, and actions could result in death if you guess or trust incorrectly. Even people you’ve known and worked with for years could turn if enough money is dangled.

But the writing is good and I got caught up in the machinations. How would the relationship between Dennis and Anne resolve itself. Would Dennis be able to outwit the people trying to catch him? Yes, I had skipped to the end and found myself in the middle of a life or death ending which got me to flip back and read to discover answers to my questions. As I read, a funny thing happened and I realized that Linington was actually bringing me around on a few issues. I won’t give spoilers but when the story ends, I have hope for both couples and that hope doesn’t rest on anachronistic wish fulfillment but feels as if – yeah – it’s believable.

I know, I was shocked, too.

No, I wouldn’t want to actually be in either of these relationships. Things aren’t going to be peachy keen or hunky dory. There will be challenges and probably social shunning to come and I’m honestly not sure what future Dennis is envisioning for his involvement with the Irish patriots. This is a book that, viewed in today’s terms, has problems and issues. I’m not sorry I read it and it’s probably not going to be one I read in its entirety again but considering how I was feeling about it at times while reading it, the fact that I finished it says something. B/D

→ Jayne
Previous article: REVIEW: The Qubit Zirconium by M Darusha Wehm
Next Post: REVIEW: Leonard (My Life as a Cat) by Carlie Sorosiak