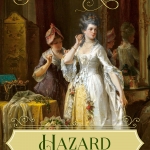 Hazard: a game of Chance and Luck, made riskier when Fate is rolling the dice. For Aristide Delacroix, the first throw summons shades from his past. A man he had met, just once, over a card-table … and the lovely girl indirectly responsible for plunging his life into catastrophe. For ... more > 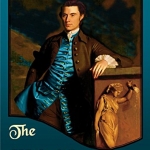 Sebastian Audley has spent years setting every city in Europe by the ears and keeping the scandal-sheets in profit. Word that he is finally returning to London becomes the hottest topic of the Season and casts numerous young ladies – many of whom have never seen him – into a ... more >

It is time for the actor known to Paris as L’Inconnu to resume his real identity and become Francis Adrian Sinclair Devereux, Earl of Sarre … a man he no longer knows how to be and whose name, thanks to the malice of a friend turned enemy, remains tarnished by ... more >

Reluctantly, the Duke of Rockliffe is in the market for a wife. His requirements are simple; a lady who will occupy her position with well-bred grace and chaperone his sister, Nell – but who will not bore him to distraction. He is acquainted with a number of ladies who could ... more >

Blinded by a childhood accident, Rosalind Vernon lives a sheltered existence with only servants and her parrot for company. The arrival of the Marquis of Amberley with his wounded coachman during a blizzard will change her life. But can Amberley overcome the dark secret that haunts him and how will ... more >