Besides the books below, I’ve also read and reviewed The Trouble with Being Wicked by Emma Locke and Fading by E.K. Blair. 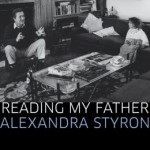 Reading My Father by Alexandra Styron

Sometimes I’m more interested in reading about famous authors than in actually reading their works; I’ve read a biography of Jack Kerouac but still have On the Road tbr (and have had it for years). I read a bio of Upton Sinclair, but I’ve never read The Jungle (nor do I plan to, honestly). I’ve never read Sophie’s Choice, or any of William Styron’s other works, but when I saw that his daughter had a memoir out about him and life with him I snapped it up. It’s a fairly interesting depiction of growing up in an intellectual New England household in the 1960s and ’70s, one where famous literary guests were the norm, but also one ruled by her bipolar father’s inexplicable rages and deep depressions. Alexandra Styron is a competent writer but somehow her voice is never quite lovable; maybe her ambivalence about her father, however understandable (and it is understandable) made her a bit less appealing as a narrator. Still, if you’re interested in Styron or even just in literary bios, this is worth a read. My grade for it was a B. 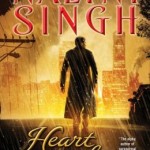 Heart of Obsidian by Nalini Singh

This took me a while to read, and I continue to find Singh’s writing rather overwrought. Still, the series and the world that Singh creates is very compelling. I think  I was a little happier with this book than some of the previous ones because it featured a Psy couple; I can do with seeing less of the changelings. Janine’s review is here. I gave it a B. 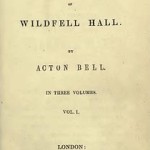 The Tenant of Wildfell Hall by Anne Bronte

I was a little surprised, reading the foreword to this classic, at how dismissive the foreword’s author was of Anne’s talents compared to those of her sisters. I realize that Charlotte and Emily Bronte are commonly viewed as the literary stars of the family, but still I felt a faint indignation on Anne’s behalf; surely the foreword to a book isn’t the place to carp, “Why can’t you be more like your sisters?” Anyway, I’m only a quarter of the way through The Tenant of Wildfell Hall, and I’m liking it fine. Sure, it doesn’t feature crazed disinterments like some books, but it’s holding my interest and the narrator, so far, is less irritating than the martyrish governess heroine of Agnes Grey. 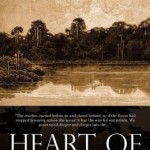 Heart of Darkness by Joseph Conrad

I’m not sure that I really got what all this book was about. For those who don’t know, it’s a short novel (famously adapted and reset in Vietnam during the war in Francis Ford Coppola’s Apocalypse Now) in which a man, Marlow, recounts his trip into Africa in search of an elusive and near legendary ivory trader named Kurtz. It’s “an exploration of hypocrisy, ambiguity, and moral confusion” (thanks, SparkNotes!). Also it’s about the evils of colonialism, which isn’t’ something I really needed a moral lesson on, but I’m guessing it was forward-thinking for its time? It’s not that I didn’t really “get it” (I mean, I was able to follow along with the plot, though again there I had some help from SparkNotes). The story just that it never really came alive for me. It would probably be a good book for a class or book group discussion; reading it on my own was a sort of hollow experience. I gave it a B, figuring any deficiencies in my reading experience were my fault and not Conrad’s. 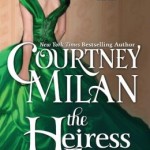 The Heiress Effect by Courtney Milan

I think I’ve only read one previous book by this author – her novella Unlocked. I remember literally nothing about that book; I gave it a B but noted that it was “nothing special”, so I’m guessing it was a low B. I gave this book a B as well, but I would say it’s a high B, and it’s possible I’ve become a tougher grader in the intervening years. I actually liked The Heiress Effect quite well. I agree with much of Janine’s review. 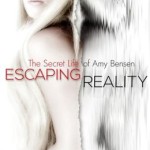 Kati reviewed this here and I largely agreed with her review; I also felt that the book had some annoying 50 Shades of Gray elements (super young super rich controlling hero, faux BDSM lite), of which I’m already tired. Still, I ultimately gave the book a B because I found it to be a compelling, fast read and I like the atmospheric sense of menace the author creates; the heroine really doesn’t know who to trust, and characters keep popping up who could be totally benign and yet their words and actions all have a sinister whiff to them. I’ll likely read the second book in the series.