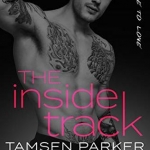 REVIEW: The Inside Track by Tamsen Parker

Dear Tamsen Parker, When I first ‘met’ Nick Fischer he’s standing naked in a fountain playing an accordion he’s stolen borrowed from a nearby restaurant. So I wasn’t really sure about him at first, I’ll admit. But very quickly, he won me over. He’s a lovable oversized puppydog of a ... more > 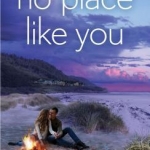 KaetrinB Reviews / Book ReviewsContemporary / muscian / Rock-Star / second chance / Small-TownComments Off on REVIEW: No Place Like You by Emma Douglas

Dear Emma Douglas, I enjoyed the first novel in your Cloud Bay series (the second one is still on the TBR) and was happy to read Zach’s story in this third book. I thought it was going to be a trilogy but it seems there will be at least one ... more > 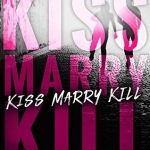 Five years ago they fell in love after one whirlwind summer. Now she’s an internationally famous musician and he’s officially out of the military, but when their worlds collide, can they keep things strictly professional? Sweet, thrilling, emotional, and sexy, fall in love with Megan and Jax in USA Today ... more > 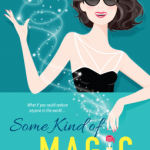 REVIEW: Some Kind of Magic by Mary Ann Marlowe

In this sparkling debut novel, Mary Ann Marlowe introduces a hapless scientist who’s swept off her feet by a rock star—but is it love or just a chemical reaction?… Biochemist Eden Sinclair has no idea that the scent she spritzed on herself before leaving the lab is designed to enhance ... more >

Dear Karina Bliss, When I read the You Had Me At Christmas anthology recently, my favourite novella was Play. When you offered me a review copy of Fall, I snapped it up. It took me much of the book to work out that Fall begins before the action in Play. ... more >

Dear Jaine Diamond, I like rock star romances and the blurb for this one intrigued: Katie Bloom is unexpectedly hired to play the love interest in a steamy music video for rock star Jesse Mayes. After the video explodes all over YouTube, Jesse offers Katie a job pretending to be ... more >