In the final episode of the ZomBert Chronicles, can Bert and Mellie foil a plot to turn the entire town of Lambert into ravenous zombie consumers? A thrilling finale to an arch mystery-adventure series pits Bert the cat against the infamous YummCo Labs. Bert was a bedraggled stray before nine-year-old ... more > This ode to unconditional love is a brand new adventure for New York Times best-selling BFFs Stick and Stone, in which Stick searches for his family tree and discovers the importance of found family and forever friends. Stick has always wanted to find his family tree. It’s probably big and ... more > 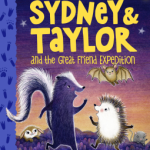 REVIEW: Sydney and Taylor and the Great Friend Expedition by Jacqueline Davies, illustrated by Deborah Hocking

In this laugh-out-loud early chapter book with charming full-color illustrations, best-selling author Jacqueline Davies follows hedgehog Taylor and skunk Sydney as they set out on an adventure to make new friends, even through doubt and obstacles. Perfect for fans of the Mercy Watson and Owl Diaries series. Sydney and Taylor ... more > 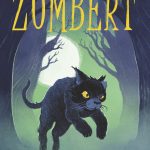 A second meaty serving of the ZomBert Chronicles offers a suspenseful treat for animal lovers and fans of spooky mysteries. ZomBert is back in book two of a wry new mystery series by award-winning creators Kara LaReau and Ryan Andrews. A stray cat who escaped the YummCo Laboratories on the ... more >

It takes an A.I. to catch an A.I. When a mysterious entity starts hacking into social networks and chat rooms to instigate paranoia and violence in the real world, it’s up to Steph and her new friend, Nell, to find a way to stop it—with the help of their benevolent ... more >