Felix doesn’t do impulsive anymore. But attending a friend’s wedding reminds Felix he’s the only one of his friends attending solo, and recent losses have him thinking he’s swung too far in the not-impulsive direction. So, impulse decision number one? Cutting in on a dance with handsome farmer Kevin, the ... more > 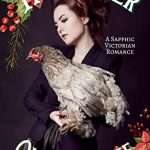