I also read and reviewed Addicted to You, Ricochet and Falling, and read The Luckiest Lady in London (review by Willaful; I gave it a slightly higher grade than she did, a B+). 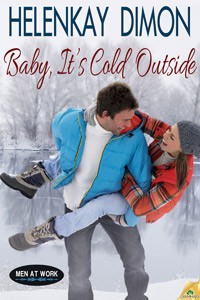 I’d never read this author but I must have come across this book in Daily Deals or somewhere cheap enough to tempt me to try her. I was influenced by the book blurb, which sounded vaguely old-school Linda Howard-ish, and the sort-of holiday theme hit the spot as well. The plot concerns a CEO and his assistant who hook up (very hotly, I might add); almost immediately after he discovers that she has been involved in passing company secrets to a rival (at least so he thinks), fires her and has her escorted off company property. From there the story unfolds in a rather typical old-fashioned way – he has second thoughts, goes to find her, discovers that there was a consequence to their tryst. I thought the writing and characterization were both kind of weak and gave it a C+. 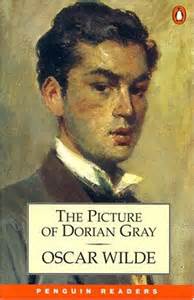 The Picture of Dorian Gray by Oscar Wilde

I’ve only ever read The Importance of Being Earnest by Wilde, and liked it rather well; it was very funny. The Picture of Dorian Gray is of course, quite different, being really a sort of horror novel. The plot is familiar to most, but to summarize: Dorian Gray is a beautiful young man in London who makes an idle wish that the recently finished portrait of him ages in his stead. The wish is mysteriously granted. The horrifying part is not so much that the portrait ages in Gray’s place (though certainly the fear of aging is a theme in the story), but that Gray himself becomes more and more corrupt and evil, perhaps in part as a consequence of the fact that his dissipation never shows on his face or body. I thought this story was very effective psychological horror, and gave it a B+. The one quibble I had was that I think in real life being around people who speak constantly in epigrams and bon mots would be exhausting and actually really annoying after a while. 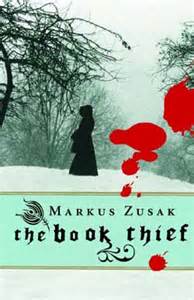 The Book Thief by Markus Zusak

I’m not sure what I expected from this book, but somehow I was left vaguely dissatisfied. I had heard of it for years but forgot until I started it that its conceit is that it’s narrated by Death. I found Death an irritating narrator at first and his constant interjections distracting. Eventually I did get used to the device, but it took maybe a quarter of the book. The story concerns Liesel Meminger, a young girl in Germany before and during World War II. It begins with Liesel traveling with her mother and brother to Molching, a town outside Munich. Her mother is giving her children up to foster care because she’s not able to take care of them. Liesel’s sick younger brother dies on the journey. It’s implied that her father, arrested earlier as a Communist, is already dead, and that her mother soon will be, arrested herself or done in by grief and loss. Liesel slowly fits in with her foster parents the Heubermanns – the kindly Hans and the stern (actually, stern is probably too faint a word; she’s really kind of abusive) but ultimately solid Rosa. She finds a place in the neighborhood, playing soccer with Rudy, her eventual best friend and first love, and the other neighborhood children. As war clouds gather, the Heubermanns make a dangerous decision that puts the whole family in jeopardy.

There was a lot I liked about The Book Thief – as I said, I eventually got used to the unusual prose style and actually came to appreciate it. I liked the characters – Death makes for an interesting narrator, skillfully balancing a sorrowful pity for the foibles of humans with an ironic and detached air. Liesel is lovely, tough and intelligent, Rudy is a charming partner in crime, and the Heubermanns are appealing as well, even Rosa who constantly insults her husband and Liesel. So what didn’t work? I guess I was expecting the book to work up to a denouement that was somehow more dramatically satisfying. Instead, it’s depressingly prosaic and honestly, just plain depressing. Somehow it didn’t feel right to me. My grade was a B. 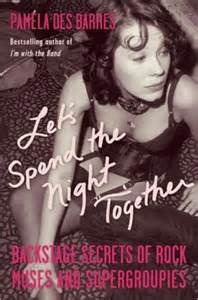 Let’s Spend the Night Together by Pamela Des Barres

Long, long ago I read Des Barres’ groupie memoir I’m with the Band, and I’ve always remembered it with fondness. It’s a trashily entertaining depiction of the 1960s and 1970s rock star lifestyle from the point of view of one of the most famous groupies of the era, and details Des Barres’ tortured romances with, among others, Jimmy Page, as well as flings with Jim Morrison and Mick Jagger. (She was also Don Johnson’s girlfriend until he dumped her for a 14-year-old Melanie Griffith. Yuck.) This book covers a number of other groupies, both from Des Barres’ age of prominence and other eras, up to the present day. I had a couple of major problems with Let’s Spend the Night Together. The first was Des Barres’ prose style, which is godawful overwritten and flowery. I don’t remember having that issue before, but again, I read I’m with the Band back in the Paleozoic Age. The other issue is perhaps also a by-product of my advanced age: several of the stories are less entertainingly seamy and more just kind of gross. Despite protestations to the contrary (which are numerous and plentiful from a number of the subjects Des Barres interviewed and the author herself) groupiedom comes off as less like being a noble “band-aid” (ala Kate Hudson in Almost Famous), and more, well, pathetic. That isn’t true in all of the stories, but certainly a number of them, particularly the interviews with more contemporary groupies. I’m not sure if that’s because the ’60s and ’70s groupies are able to gild their reminiscences with the passage of time, or it really was a more innocent era (even given all the sex and drugs). I just know that some of the younger or current groupies seem troubled, beset by drug, mental health and self-esteem issues. It ended up kind of depressing to read about. I gave this a C.