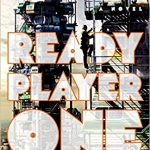 Dear Mr. Cline, Your 2003 2011 novel, Ready Player One, was aptly described by USA Today as “Willy Wonka meets The Matrix.” Much like Roald Dahl’s classic children’s book, Charlie and the Chocolate Factory, Ready Player One begins with an impoverished boy obsessed with a worldwide contest. Wade Watts loves ... more >

The Duality Principle: A principle that says if a theorem is true, it remains true if each object and operation is replaced by its dual. Dear Rebecca Grace Allen, I like geeks so much that I married one so my interest was piqued when I saw your book was about ... more >

Working in low-level IT support for a company that’s the toast of the tech world, Sigmund Sussman finds himself content, if not particularly inspired. As compensation for telling people to restart their computer a few times a day, Sigmund earns enough disposable income to gorge on comics and has plenty ... more >

Review: Get What You Need by Jeanette Grey

Dear Ms. Grey, Greg London is a gay engineering graduate student who shares a house with three other guys.  The most recent addition is Marshall Sulkowski, a senior undergrad who is studying history while on a baseball scholarship.  As it happens, Marsh is “bi-ish” – “Girls are fine. Guys are ... more >