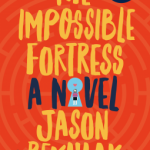 A dazzling debut novel—at once a charming romance and a moving coming-of-age story—about what happens when a fourteen-year old boy pretends to seduce a girl to steal a copy of Playboy but then discovers she is his computer-loving soulmate. Billy Marvin’s first love was a computer. Then he met Mary ... more >

According to my Amazon records, I’ve owned my mechanical keyboard since September 12, 2014. I type a lot. I probably use the keyboard more than any other electronic in my life. I use it for my job, for blogging, for writing. To give myself a break (and to save my ... more >

Harper Lee: ‘Trade frenzy’ and ‘concern’ over new book – In the wake of news that a new (old) Harper Lee novel is going to be published, there has been much anticipation and much concern regarding the circumstances under which this book is being released, especially since the announcement comes ... more >