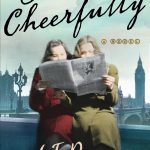 REVIEW: Yours Cheerfully by A. J. Pearce

From the author of the “jaunty, heartbreaking winner” (People) and international bestseller Dear Mrs. Bird, a new charming and uplifting novel set in London during World War II about a plucky aspiring journalist. London, November 1941. Following the departure of the formidable Henrietta Bird from Woman’s Friend magazine, things are ... more > 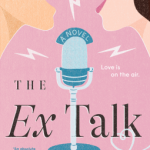 Shay Goldstein has been a producer at her Seattle public radio station for nearly a decade, and she can’t imagine working anywhere else. But lately it’s been a constant clash between her and her newest colleague, Dominic Yun, who’s fresh off a journalism master’s program and convinced he knows everything ... more > 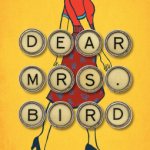 An irresistible debut set in London during World War II about an adventurous young woman who becomes a secret advice columnist— a warm, funny, and enormously moving story for fans of The Guernsey Literary and Potato Peel Pie Society and Lilac Girls. London, 1940. Emmeline Lake is Doing Her Bit ... more >

Bezos says Washington Post to ‘lean into future’  – So The Washington post should advance technologically but retain its “soul.” What does that mean, exactly? Under Bezos, the Post has ramped up its technology to allow its website to perform better, with improved analytics which gauge how readers are responding and ... more >