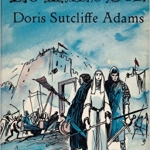 Several years ago I fell in love with Jeannie Lin’s Lotus Palace novels. Whether you consider them romances or mysteries (I think of them as romances), the setting, a pleasure quarter called the Pinkang Li, part of the Tang Dynasty capital, Chang’an, during the 840s CE, is beautifully rendered and ... more > 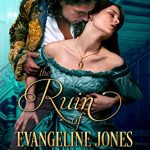 REVIEW: The Ruin of Evangeline Jones by Julia Bennet

Dear Julia Bennet, Your book, set in 1888 London, sounded like something I would enjoy so I took a chance and bought it. The story starts with a séance. The titular heroine is a “medium” while the hero, Alex (a duke), has a passion for unmasking con artists. He is ... more > 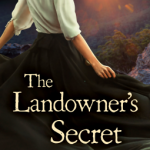 New South Wales, 1885 When Alice Ryan wakes to find thugs surrounding her cottage, on the hunt for her no-good brother, she escapes into the surrounding bush. It is wealthy landowner Robert Farrer who finds her the next morning, dishevelled, injured, and utterly unwilling to share what she knows. With ... more > 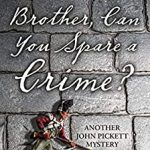 REVIEW: Brother, Can You Spare a Crime?: Another John Pickett Mystery by Sheri Cobb South

When one of his colleagues witnesses a robbery in which one of the participants, a child, bears a striking resemblance to a certain Bow Street Runner, John Pickett realizes he has a young half-brother who has been “apprenticed” to a criminal gang. The brutal murder of the pursuing constable makes ... more > 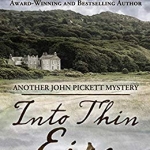 Now you see her… Still haunted by memories of his last case, in which an innocent woman was accidentally killed, Bow Street Runner John Pickett welcomes the challenge of a new assignment in the West Country. Unfortunately, this time he’ll have to leave his beloved wife, Julia, behind, as he’ll ... more >