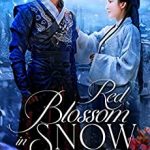 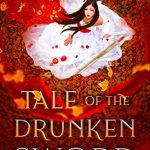 REVIEW: Tale of the Drunken Sword by Jeannie Lin

A Tang Dynasty martial arts fantasy from bestselling author Jeannie Lin Lu Yan is a hard-drinking, womanizing scholar on a crooked path to enlightenment. When a mysterious woman at a roadside inn warns him of an approaching horde of demons, it’s time for Lu Yan to sober up and discover ... more >

Several years ago I fell in love with Jeannie Lin’s Lotus Palace novels. Whether you consider them romances or mysteries (I think of them as romances), the setting, a pleasure quarter called the Pinkang Li, part of the Tang Dynasty capital, Chang’an, during the 840s CE, is beautifully rendered and ... more > 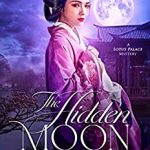 A well-bred lady and lowly street hustler team up in a historical murder mystery set during China’s glittering Tang Dynasty. Part of the best-selling Lotus Palace series. Impetuous and well-educated, young Lady Bai has always been the forgotten daughter between two favored sons. However, when Wei-wei’s older brother is tasked ... more > 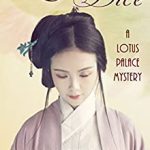 A well-bred lady and lowly street hustler team up in a historical murder mystery set during China’s glittering Tang Dynasty. Part of the best-selling Lotus Palace series. Tang Dynasty China, 849 A.D. Lady Bai, called Wei-wei by her aristocratic family, has always been the perfectly obedient daughter–but only on the ... more >

Reading List by Sunita for May and June (Part 2)

Here’s another set of mini-reviews (or mini-musings) from my last couple of months’ worth of reading. A mixed bag in terms of length and genre but not in terms of satisfaction. My whim-driven reading choices are turning out better than I expected!   Thrush Green by Miss Read Despite my love ... more >