I also read and reviewed: Wild Embrace and Burn Down the Night (both with Janine), The Girl With All the Gifts, First Comes Love, First Star I See Tonight and The Young Blood. 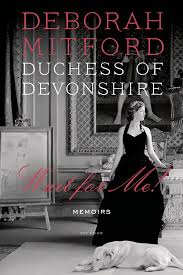 Wait for Me! by Deborah Mitford

I’ve long been obsessed with the Mitford sisters, an obsession that was kicked off years ago by the The Sisters, the excellent biography by Mary S. Lovell. Recently, I picked up this memoir by the youngest Mitford, who was the last remaining Mitford sister before her death in 2014 at the age of 94. Wait for Me! is sort of a rambling affair, covering Growing Up Mitford, some of her sisters’ notable scandals, and her stewardship of Chatsworth House, the ancestral home of the Dukes of Devonshire (Debo became the Duchess of Devonshire in 1950 after her father-in-law, the 10th duke, died).

I wanted to like this book, and Debo, better than I did. But many of the main players were rendered much more colorfully (and to be fair, perhaps with a bit of artistic license) in Jessica (Decca) Mitford’s books, so the depictions here sometimes felt flat. The larger problem was that as an adult, Debo seemed more in sympathy with her fascist sister, Diana, than her communist one, Decca. I’ll admit a partiality to Decca, but even without that, Debo’s obvious fondness for Diana’s husband, the notorious fascist Oswald Moseley, was distasteful to me. The slight dullness of the storytelling combined with the unlikeability of the writer meant this book was just a C for me. 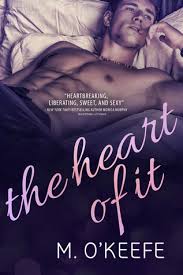 The Heart of It by M O’Keefe

After reading this novella, I had the thought that O’Keefe’s style works better for me in shorter form. I’ve liked the books I’ve read her of hers and given them good grades, but in this nice little story about a call girl and a client who form a connection, the angst is much less repetitive than in those longer books. It was also a nice change of pace to read a beta hero after the ultra-macho tough guys featured in Everything I Left Unsaid, The Truth About Him and Burn Down the Night. (That said, I have every intention of reading the next book in that series.) I gave The Heart of It a B+. 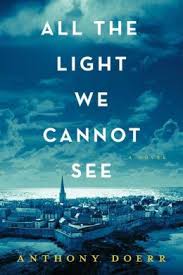 All the Light We Cannot See by Anthony Doerr

I feel like in the last several years I’ve gotten much more into reading the occasional buzzed-about bestseller (Gone Girl, The Goldfinch), whereas in the past I had little interest in most of those books (I’ve still never read The Da Vinci Code!). This one won the 2015 Pulitzer Prize for Fiction and is still on the New York Times bestseller list. Per the blurb, “Set in occupied France during World War II, the novel centers on a blind French girl and a German boy whose paths eventually cross.” There’s a lot more to the story than that, of course, and it’s beautifully told (I toyed with doing a full review of it and maybe I should; it’s hard to talk about this complicated yet subtle story in this short format). I found the ending a bit underwhelming, but still gave it a (high) B+. 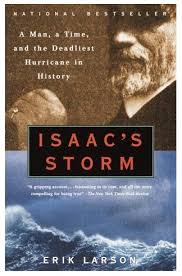 Erik Larson has been one of my favorite non-fiction writers since I read his bestseller Devil in the White City years ago. This is one of his older books, about the 1900 Great Galveston Hurricane, which I was only vaguely aware of before reading the book. Since it was apparently the deadliest hurricane in U.S. history, killing between 6,000 and 12,000 people, I feel like perhaps I should have known more about it. The “Isaac” of the title is Isaac Cline, chief meteorologist of the Galveston office of the Weather Bureau at the time the storm hit. While Isaac is the principal character in Isaac’s Storm, the story follows a number of people in the time preceding, during and after the hurricane. The human stories were of interest to me; the scientific and meteorological details were less so. I gave this one a B. 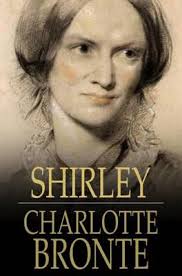 This is another one I considered doing a full review of; I feel like the Brontes deserve more than a paragraph. Anyway, Shirley is referred to by Wikipedia as a “social novel…set against a backdrop of the Luddite uprisings in the Yorkshire textile industry.” I actually looked it up because I was finding it hard to categorize myself, as it had aspects of romance, rural slice-of-life and yes, social issues (both the Industrial Revolution but also the constrained lot of women are major themes). I ended up liking Shirley a lot, though it took a bit for me to get into. The titular character doesn’t appear until a while into the book; at first the story focuses mainly on Caroline Helstone, whom I liked until Shirley actually arrived. Shirley was a much more vital, independent and confident character, and unfortunately Caroline came to seem like a bit of a drip in comparison (it doesn’t help that at one point she literally almost pines to death of unrequited love; get it together, girl). I gave this book a B+. I think the only Bronte sisters novel I have left to read now is The Professor. 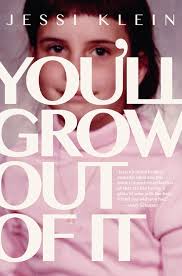 You’ll Grow Out of It by Jessi Klein

Klein is a stand-up comedian, writer (for Inside Amy Schumer, of late) and actress. I picked up her first book, a sort of memoir in the form of essays, on a whim, wanting something light and funny. I’m not sure it was light, exactly, but You’ll Grow Out of It was definitely funny. Covering Klein’s awkward childhood, career, romantic relationships, marriage and eventual (fraught) road to pregnancy and motherhood, the book manages to make serious stuff like heartbreak, fertility issues and low self-esteem funny. She also tackles lighter subjects like the lure of Anthropologie (“every…store feels like the manger in which Zooey Deschanel was born”) and being nominated for an Emmy, the experience which brought out her inner “Prinzezz fantasy” and set her off on the search for a dress that didn’t make her look like “Mrs. Roper” (she’d just given birth at that point). I really enjoyed this and would definitely read more by Klein; I’ll give it a high B+. 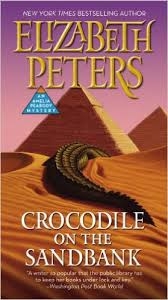 Crocodile on the Sandbank by Elizabeth Peters

I got this from the Daily Deals, which is how I usually get books I’m sure I never would have picked up otherwise. The Amelia Peabody mystery series is beloved by many, and I’ve been vaguely aware of it for years, but I’m only a fitful reader of historical mysteries (though I almost always like them when I read them). This is the first book in the series, introducing the redoubtable Amelia Peabody, English spinster and amateur Egyptologist. With an inheritance from her late father, Amelia strikes out to travel the world and ends up in Egypt, where she meets a love interest and gets entangled in a mummy mystery. I liked this well enough to probably continue with the series, but didn’t love it. For one thing, Amelia’s strong personality, while amusing (and I suspect a strong draw for fans of the series) got to be too much for me at times. I suspect her racism towards the natives was more acceptable when the book was published in 1975 than it is to a reader in 2016 (and of course it’s historically accurate to the setting, and not virulent, but still, I didn’t love all the references to the dirty, unkempt, ignorant natives). One last complaint: I guessed the villain pretty early on, and thought it was rather obvious, though I was slightly off on the motive. I gave Crocodile on the Sandbank a B.