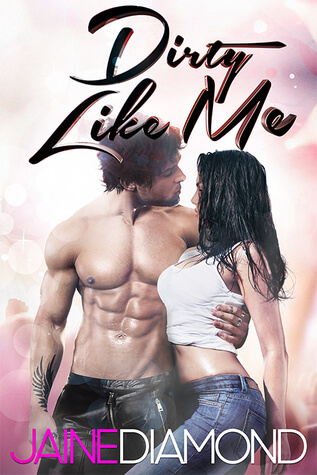 I like rock star romances and the blurb for this one intrigued: Katie Bloom is unexpectedly hired to play the love interest in a steamy music video for rock star Jesse Mayes. After the video explodes all over YouTube, Jesse offers Katie a job pretending to be his girlfriend for the six weeks he will be on tour in Canada and the USA promoting his new solo album.

“But you have a girlfriend.”

Okay. Totally new information. My hungover brain scrambled to make sense of it. “But you were together when we shot the video?”

“Actually, we broke up over a month before the shoot. Just didn’t go public with it yet.”

Shit. Which meant when we shot the video he wasn’t being a dirty, cheating bastard when he kissed me. I figured he’d only done it because his giant ego was bruised when he thought I was into Zane. And I’d only kissed him back because with his tongue in my mouth I’d kind of forgotten, momentarily, that he wasn’t single. I definitely would’ve felt a lot less dirty and conflicted over the whole thing, though, if I’d known he was.

He stared at me, grinning, as I contemplated this.

I love fake relationships – I think it’s the modern marriage of convenience and forced proximity is usually a winner for me too. It means there’s lots and lots of h/h time. So I took a chance on a new to me author. This time, that risk really paid off. Dirty Like Me was loads of fun, super sexy and surprisingly deep in parts as well.

The book features dual first person POVs but it is not even –  most of the chapters are from Katie’s POV. There’s plenty of Jesse throughout the book though and I felt like I got to know both MCs well over the course of the story. Jesse and Katie are both kind of wild and, they bring out the daring in each other – or perhaps, it is better to say they celebrate the daring about each other.

There’s a lovely humour and sensibility to the book. It hooked me from the very first chapter and I read quite a bit of it with a smile on my face.

Jesse can occasionally be a dick but Katie doesn’t take any crap and he is definitely brought to his knees by love by the end of the story so I didn’t hold it against him.

There is plenty of rock n’ roll lifestyle stuff in the book which felt a little raw and probably fairly authentic but it was Katie’s reaction to it which I enjoyed the most.

On the way into a signing at a record store, I saw a chick, in broad daylight, peel up her shirt, shoving her perfect, braless boobs in Jesse’s face and asking him to sign them. Which he did with a big black permanent marker. The girl couldn’t have looked any more pleased if he’d just planted his lovechild in her womb.

I tried to pretend it didn’t bother me. Because as the girlfriend of a sexy-as-fuck rock star, you probably had to get used to that sort of thing. Fast.

There are parts she definitely does not like (see above) but plenty of others that she embraces wholeheartedly. I just liked her so much. As a hero-centric reader, I tend to pay special attention when a heroine takes over for me. Jesse Mayes is many many good things but I think Katie Bloom is the best thing about the book (he’d agree with me by the way).

“You, Katie Bloom, are every fucking wet dream I had when I was a kid.”

Jesse sees a heck of a lot more in Katie than her sex appeal but it’s fair to say he definitely sees her sex appeal (and vice versa). Katie holds out against Jesse’s charms for a while but when they do finally scorch up the sheets, their chemistry is “volcanic”. I think Katie had approximately eleventy billion orgasms over the course of the book, more than ten during their first time. (The first may be a slight exaggeration. The second isn’t.) I didn’t really mind even while I occasionally rolled my eyes at how easily and often Jesse could make Katie come.

Jesse’s relationship with his sister is touched upon, particularly later in the book and it is here where some of the depth to the story comes. Ultimately, Jesse is devoted to his sister and wants good things for her and he’s worried about her. I also liked where things ended up going between Elle and Katie.

It wasn’t a perfect book. A few little things didn’t quite make sense to me and I did get a bit frustrated with Katie’s constant internal refrain about being unsure of how Jesse feels about her. As her best friend Devi tells her repeatedly, “how does he treat you?” I thought it was unbelievably dense for Katie to not realise that something more than just chemistry was going on between them. While I could understand her fear that he didn’t feel the same way about her as she did about him, for her to think he felt nothing for her apart from lust did him a disservice and felt overdone.

Ultimately, Katie becomes afraid she will lose herself being with Jesse. I didn’t really see that coming. I know I’m not great at subtle but the foreshadowing here was too vague for me. (Jesse comes up with a neat solution to this dilemma which is entirely consistent with his character and means everybody wins.)

However, in the big scheme of things, those are fairly minor niggles in what was otherwise a charming, entertaining, sexy and fun read. I’m definitely on board for the next book.