Reading List by Jennie for June, July and August 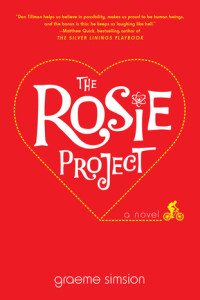 The Rosie Project by Graeme Simsion

It took me a bit to get into this book – I wasn’t sure about the portrayal of the hero’s supposedly “mild” Asperger’s. He seemed to me to be very out of touch with reality and had an inability to read social cues that I think would make it really hard to function and hold a job; a lot of this was played for comic effect and I was both uncomfortable with that fact and put off by how broad the comedy was. But once I got into it I sort of let those things go and just went with it. I ended up thinking the story was very funny, original and yes, romantic. I gave it a B+. It’s reviewed here. I’ll Sleep When I’m Dead: the Dirty Life and Times of Warren Zevon by Crystal Zevon

Another grab from the DA Daily Deals; I had been somewhat interested in Zevon though I wouldn’t say I’m a big aficionado of his music.The personal-history style of the book worked well for me, but I spent a big portion of the middle section frankly disgusted with him and his selfish, addict, rock star behavior. Some of it was pretty much what you’d expect (a lot of drinking, drugging, and sleeping around), some of it was a bit worse (he was physically violent with his wife on several occasions, incidents he claimed to have no memory of later). Some of it was just peculiar to him, as an incredibly self-centered, eccentric, OCD-stricken person. I almost found the self-centeredness harder to take than the wife-beating; it didn’t seem to be so much based on being a “rock star” as it was just that he had an incredible ego and could fly into a rage if his whims weren’t accommodated. He wasn’t all bad, though – he was a smart guy who made some great music, managed to gather some loyal friends (even if he didn’t always deserve them) and left the world too soon and rather sadly (years sober, Zevon started drinking again after his terminal diagnosis, and towards the end really cut himself off from almost everyone who cared for him). This was a B grade, probably hovering on the edge of a B- for me. 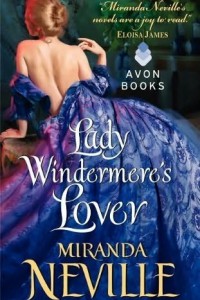 Reviewed here. This one started strong but got bogged down in cliches. At least that’s what my notes say; I actually do not remember the book at all, and had to read Janine and Rose’s excellent joint review to even refresh my memory on the basic plot. I think this one was probably another victim of sorts of my historical malaise. I gave it a B-. 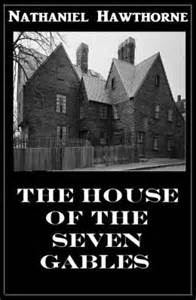 The House of the Seven Gables by Nathaniel Hawthorne

This was a weird one. Per Wikipedia: “…Hawthorne explores themes of guilt, retribution, and atonement and colors the tale with suggestions of the supernatural and witchcraft. The setting for the book was inspired by a gabled house in Salem belonging to Hawthorne’s cousin Susanna Ingersoll and by ancestors of Hawthorne who had played a part in the Salem Witch Trials of 1692.” I think it was that uneasy marriage of the supernatural with these more concrete, earthbound themes that confused me a bit. I was never sure what direction the story was going in, and the menace of the villainous antagonist ends up being neutralized in an odd and perhaps anticlimactic way. Still, I liked the writing; Hawthorne’s detailed prose may bore some readers, but I thought in was very effective in building tension. I may have to write a review of this to work out what I think about it. For right now, my grade is a B. The Johnstown Flood by David McCullough

Um, is everything I read from the Daily Deals? I think this one was too. Maybe not. Anyway, I picked it up because I am a big fan of McCullough as a writer (and a narrator! – that voice!). I didn’t have any particular interest in the subject, but figured it was a piece of American history that I didn’t know much about, and it wouldn’t hurt me to learn. The flood occurred in 1889 in Western Pennsylvania (in addition to frequent mentions of the nearest big city – Pittsburgh – the book also features many mentions of Altoona, PA, which interested me because my father was born there). What I wasn’t aware of was that there was a lot of blame at the time directed at the hunting and fishing club that maintained the dam that broke. The club had many prominent and wealthy members such as Andrew Carnegie, and though there were those who felt that the club was criminally negligent in their maintenance of the dam, nothing ever came of the accusations and the involvement of these prominent men in the tragedy that killed so many ended up as a little-discussed footnote in history. I gave this one a B. 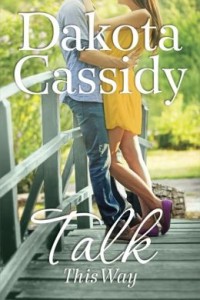 Talk This Way by Dakota Cassidy

Wow, I thought this one was pretty bad. It’s reviewed here (marykate liked it a LOT better than I did). I found the heroine annoying (she’s sort of a screw up but it turns out to be because she’s just so awesome and nice), the hero is bland, and the story is ridiculous. Cat Butler gets hired to manage a phone sex operation that is portrayed as totally and improbably wholesome and cute, and somehow is the biggest and most profitable phone sex operation in the world, even though there appear to be six girls working there (it operates out of the owner’s apartment).  Also – phone sex – in 2014? That just seemed weird. The story was set in the South and there was an inconsistent but extremely annoying dropping of ‘g’s to denote the heroine’s dialect. In short, this was just dreadful all around and I gave it a big fat F. 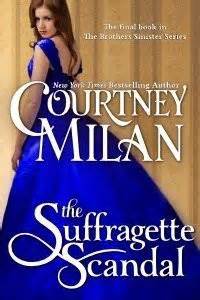 The Suffragette Scandal by Courtney Milan

Reviewed here by willaful. I found this one very clever and enjoyable; the only caveat I’d given is that it is a bit of a wish-fulfillment fantasy for readers who like their historical heroes to be improbably feminist and democratic (in Victorian England, no less). But I decided that there’s a lot about romance that is fantasy anyway, so why not the politics of the main characters? I think this is probably a tribute to Milan’s skill as an author, since I’ve definitely not always had such a relaxed attitude to anachronistic characters. But whatever – I still gave this book an A-.