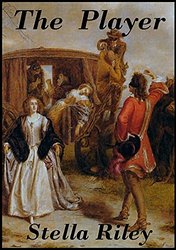 It is time for the actor known to Paris as L’Inconnu to resume his real identity and become Francis Adrian Sinclair Devereux, Earl of Sarre … a man he no longer knows how to be and whose name, thanks to the malice of a friend turned enemy, remains tarnished by an old scandal.
Revenge, so long avoided, slithers temptingly from the shadows.

Grand-daughter of a wealthy wool-merchant, Caroline Maitland is not finding her Society debut either easy or enjoyable … but to Marcus Sheringham she is the perfect solution to his crushing mountain of debt.
Knowing she will be married for her money, Caroline never believed she would find love; but neither did she bargain for a certain charming French highwayman … and a surprising turn of events.

The stage is set, the cast assembled and the Duke of Rockliffe waits for the curtain to rise.
In the wings, Lord Sarre prepares to make his entrance.
He doesn’t expect to be greeted with applause.

After recently reading “The Mésalliance,” and getting a brief glimpse of a person who intrigues the Duke of Rockliffe, I wanted to know about him too. Because anyone who catches the attention of Rock can’t be boring. After reading so many historicals in which a character must flee England to the Continent, it was a nice turnabout to read about one who comes back and what it costs him to do so.

Francis Adrian Sinclair Devereux should have been a man who had it all – or by 18th century standards a goodly share of all. Young, reasonably handsome, popular, heir to an Earldom and now engaged to the beauty of the season who just also happened to have a sizable dowry, he was looking forward to his marriage and on top of the world. When his world fell apart in horrific fashion, he was rejected and forced to flee. Now he has to go back to do his duty to the title and those dependent upon the estate. As for his lone relative?, mother can go hang for all he cares and after seeing her in action, I would have handed her the rope.

Adrian’s position protected him from charges of murder but it won’t protect him from those in Society who will turn their backs on him or – worse still – continue to shout accusations against him. The second risk he runs is if the (Socially viewed) rackety way he’s survived for the past ten years is revealed. One simply doesn’t act on the stage or own a gambling establishment. His ability to count cards, though not illegal, would also blackball him from Polite (male) Society. Of the two issues, of course Society is far more concerned with (horror!) the acting and the cards.

Caroline Maitland is finding Society welcomes her to an even lesser degree. She’s got a dowry fortune hunters are slavering over but her background from Trade ensures she is sneered at while her deplorable wardrobe can only be described as ghastly. But Caroline’s got a heart touching reason for keeping it which gives an early clue about her personal worth. Like Adrian, she knows what she’s up against from Society and she’s older, wiser, realistic and honest with herself about her options.

When Adrian and Caroline meet, there’s no Soul Mates moment nor even an “us against them” unity. He thinks she’s a horribly dressed nobody guarding her true emotions while to her he is an iceberg in vivid waistcoats with no emotions at all. Had it not been for his old enemy smarming his way to Caroline’s fortune, Adrian would probably never had looked at her twice. But as it is, he wants to see what’s under her polite mask and see if she’s worth saving from Sheringham.

He’s an actor so of course he chooses this way to “spy” on her and has a blast doing it. The thrill of pulling it off invigorates him and he discovers a different Caroline this way. At a masquerade ball where she finally feels free enough to let her own personality loose, she startles both Adrian and Sheringham when she cuts them both down to size.

At this point I realized that while near the halfway mark of the book, Adrian and Caroline are not anywhere near love. In fact Adrian’s proposal, intended to thwart Sheringham, is so tepid as to almost be a romantic insult. Unfortunately due to momentarily losing his mind, he’s now faced with a dilemma which sends his French factotum and friend into gales of laughter. I adored Bertrand with his delight in mangling the English language.

Plot complications abound and lead to the instant Caroline switches from being a woman in love with a man she thought was her one chance at true romance to a woman likely to chuck heavy objects at him. This is the moment when the “tangled web” Adrian has woven might just trip him up and land him on his face. It’s also the point where readers might agree with Caroline that he’s a man she can’t be sure she can ever trust again. Bertrand and I both waited with bated breath to see if Adrian could pull it off.

While Caroline is bitterly disappointed to have been tricked, she is honest enough to admit to herself that Adrian never intended the charade to go so far nor to be cruel to her and will make sure her reputation doesn’t suffer. Her practical nature theorizes that if she enjoyed the highwayman’s kisses and Adrian is the highwayman, his kisses will probably be just as melting. She’s not a woman to cut off her nose to spite her face. Plus there is the evidence of his character from those who’ve known him from boyhood. His nobility shows in what he does. Marrying him will give her all she ever realistically expected from marriage and maybe more.

Meanwhile Caroline starts to learn Adrian’s “tells” as he begins to lower his icy mask and tries to remember who he was ten years ago. He’s played roles for so long and was so badly hurt by those who should have loved and defended him that he’s honestly not sure how to be himself anymore. Perhaps, he realizes, Caroline might just be the person with whom he can discover the man he would have been. The love he thought he felt years ago pales to nothing in the sun of Caroline’s integrity, strength and the beauty he sees in her. Truly, he marvels he ever thought her plain.

There are lots of amusing, fascinating and complex characters moving through the story. I really liked Lady Brassington, Caroline’s Society sponsor. She could have been an evil, or merely annoying, character but instead she is given dimension. I join the chorus of those who hope for a book for Lord Nicholas and a French beauty who seems as if she could kick him to the curb should he deserve it. Then of course there’s Rock who continues to astound with his hidden talents as well as his social power. The villain is more than a cardboard, teeth gnasher. His failures are due to all too common human emotions rather than an unbelievable OTT plot twists. But Adrian gets the best revenge on him – living well while your enemy knows it.

One silly quibble which annoyed me is that, despite Adrian’s initial belief of Caroline being at risk of kidnapping and then later actual attempts on her person, he still ask her to meet him numerous times alone even after learning she has no lady’s maid to accompany her. Though much good a lady’s maid would have done in the face of Sheringham’s determination. I would also love to have had some scenes of a confident Caroline back in London.

Readers looking for something other than a Regency ought to check out the whole series. I enjoyed the social class differences, the fact that social acceptance is shown to be so important in this world, the heroine with some common sense, the hero out for his own interests who discovers in his heroine a woman he needs to live up to and yet more reasons to make sure that the Duke of Rockliffe is on your side in a fight. Is there anything that man can’t do? Now we just need a book for Nicholas. B