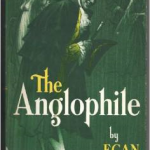 Ireland, 1749. Dennis McDermott, a witty, charming and daring young man with shades of the Scarlet Pimpernel, lives two lives in eighteenth-century Dublin. Fashionable society idolises him as a handsome, rakish man of their world, never suspecting that he is the mysterious leader of the Irish underground whose nightly missions ... more > 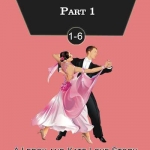 REVIEW: The Rag, the Wire and the Big Store: A Leroy and Kate Love Story by Duane Lindsay

Robin Hood? Not these two. Meet Leroy Logan, a young man who’s going to be the best con artist ever and Katherine “Fast Kate” Mulrooney, a young woman with even bigger dreams of her own. Together and apart, for sixty years of living large, Kate and Leroy will embezzle anything, ... more > 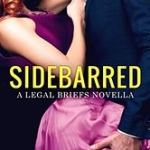 Join Jake & Chelsea, Stanton & Sofia, Brent & Kennedy as they navigate the hilarious and heartwarming hurdles of love, life and the law in this final addition to the Legal Briefs Series. There was a time when Jake Becker had it all together. He was controlled, driven, ruthless—in and ... more > 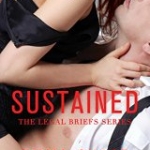 A knight in tarnished armor is still a knight. When you’re a defense attorney in Washington, DC, you see firsthand how hard life can be, and that sometimes the only way to survive is to be harder. I, Jake Becker, have a reputation for being cold, callous, and intimidating—and that ... more >

Dear Anne Stuart: You have been one of my autobuy authors from the moment I discovered you in the early 2000s, and no one writes bad boy heroes like you do. In today’s era of alpha billionaires, Motorcycle Club anti-heroes, and New Adult dudebros who wreck everything around them, I ... more >

Dear Ms. St. Claire: I have a feeling that this book is going to get some bad grades because the heroine does very bad things and is hard and edgy and the redemption story is hers, not the male protagonist.  But it is because of the heroine that I enjoyed this ... more >