NOTE: Also read and reviewed Rebecca and Wait for It. 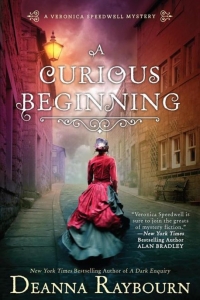 A Curious Beginning by Deanna Raybourn

After reading the first book in Raybourn’s Lady Julia Grey mystery series, I saw that the author had another series, the first two books of which were available on NetGalley. Even though I had some issues with Silent in the Grave, I snapped these up. This series features Veronica Speedwell, a lepidopterist (that’s butterfly enthusiast to you and me) in Victorian England who gets caught up in a mystery surrounding her parentage. She falls in with a brooding, piratical (he wears an eyepatch intermittently) disgraced aristocrat called Stoker, with whom she enjoys verbal sparring. I didn’t love Veronica; she’s a first person narrator who is both a historical anomaly (she takes lovers, but only when traveling outside England on her butterfly expeditions) and kind of a know-it-all brat. For instance, she gloats about withholding information from Stoker, figuring it will serve him right to be kept out of the know. This is in spite of the fact that someone has already been murdered and the two of them are currently on the run. The whole story is sort of absurd but somehow ends up being better than the sum of its parts; I gave it a B. 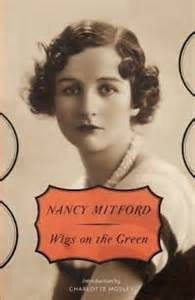 Wigs on the Green by Nancy Mitford

I was musing recently that in spite of my Mitford obsession I’d never read anything by Nancy Mitford; my aunt then bought me a bunch of her books for Christmas. I started with this one, which was apparently controversial both within and without the Mitford family, for its farcical take on fascists (it was never republished in Mitford’s lifetime and has only been in print intermittently in recent decades). One of the main characters was clearly modeled after Nancy’s Nazi-loving sister Unity, and after Unity attempted suicide in Berlin when war was declared between Germany and Britain, I can see why the whole thing would’ve been considered in somewhat bad taste within the family. Nonetheless, it’s a pretty funny and madcap satire of British upper-class pretensions and the romantic entanglements of a group of bored young aristocrats. I gave it a B+. 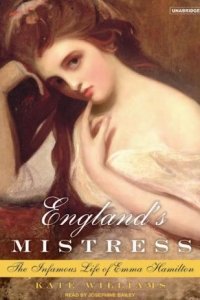 I may have gotten this from Daily Deals? I love historical biographies, but sometimes have a hard time pulling the trigger on buying them for fear that they will be too academic or otherwise boring to me (I was burned years ago by an unreadable biography of Blake that made me feel like a dull-witted kindergartner). I need my historical biographies to be a good mix of high- and low-brow, and this book mostly delivered. It details the life of Emma Hamilton, infamous as the mistress of British war hero Horatio Nelson. The book started off a little shaky for me; the author speculates (wildly, IMO) that Emma’s mother murdered her father. But that early hiccup aside, it ended up being a very illuminating biography of a sympathetic figure. Emma is born into rural poverty and somehow ends up, through a combination of beauty, charm and brains, confidante of the wealthy and royal. Like so many women in past times (not to mention some in modern times) who aimed high, she ended up falling from grace and dying in penury. This seems a particularly undeserved fate for someone who had supported so many others in her lifetime. My grade for this was a B. I’ve read both the first and third books in the Lively St. Lemeston series but apparently haven’t been a stickler for reading this series in order, since I hadn’t gotten around to this, the second book. Honestly, I think it’s a series that can be read out of order but I’m a bit free-wheeling on such things, so of course YMMV. This is an interesting story (reviewed here) in that it features an unusual hero named Ash, a con artist who is Jewish and grew up in the slums of London. He tries to help his brother, who wants to go straight, marry a heiress, Lydia. Of course things don’t go as planned and Ash and Lydia fall in love instead. I thought True Pretenses had a lot of layers and strong characterization. It was a little bit more of a “head” book for me than a “heart” book, meaning I admired how well it was done rather than truly loving it. Still, I gave it a B+ and would recommend it. I need to track down the Rose Lerner books I haven’t read yet. 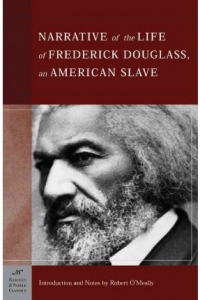 I’ve mentioned before (probably any number of times) that I try to read classics alongside the regular fiction and non-fiction I enjoy. Sometimes it takes me a while to get through these because they are often long, dense and more difficult reads than say, the latest New Adult book (which is why I can’t make myself read them without reading something lighter at the same time). I would say these classics are almost always fiction, as well, but when I finished the most recent one, I was casting around Project Gutenberg for something new and happened to see this autobiography available. Not only was it February at the time, Black History Month, but certain national events made the choice feel particularly apropos. This was a short book but very powerful, detailing Douglass’ early life as a slave and the abuse and indignities he suffered, as well as his attempts to educate himself and gain freedom. I gave it an A. 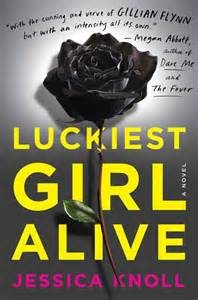 I remember this being touted as for fans of Gone Girl and The Girl on the Train. I liked the former more than the latter, but honestly don’t think they’re that similar anyway. I didn’t jump on The Luckiest Girl Alive right away but eventually picked it up when I was looking for a good, compelling thriller. It started slow for me; the narrator was brittle and unlikable. But once her backstory began to unfold I slowly became more sympathetic to her. In the present Ani (nee TifAni) is a sex writer for Cosmo-type magazine in New York; she’s worked hard to put the past behind her an is engaged to Mr. Perfect (with a perfect pedigree) and living her ideal life in Manhattan. But events that occurred 15 years before, when she was a freshman at a prestigious private school, haunt her and hang over the narrative. The Luckiest Girl Alive was contrived at times (the ending didn’t quite ring true), but it kept me turning the pages. I really didn’t know what was going to happen, which is a rare enough feeling for me these days. I ended up feeling really invested in Ani’s journey and actually rooting for her. I gave it an A-. 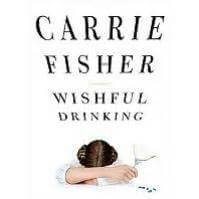 I picked this up on sale after Fisher’s untimely death; it’s a bit rambling and some of the material is familiar, perhaps because I’ve seen the HBO version of the stage show on which it’s based. Still, it’s a funny and touching insight into a very original mind, and I appreciated learning more about Fisher and her unconventional life. She shows a generosity of spirit that is admirable given some of the personalities she had to deal with, starting with her self-absorbed parents. I’m not even a Star Wars fan, but I’ll miss Fisher and regret that she didn’t have more time. I gave this a B+. 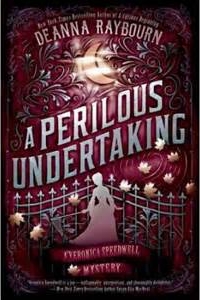 A Perilous Undertaking by Deanna Raybourn

This is the second book in the Veronica Speedwell series, a sequel to A Curious Beginning (mentioned above). I liked it maybe a little better than the first book. The mystery is a bit odd, in that it centers around a man who will hang for murder unless Veronica and Stoker prove that he didn’t do it, but the man himself, Miles Ramsforth, never appears in the story directly. I’m guessing this was a deliberate choice by the author, but it ended up diluting the urgency of the story for me. It’s hard to care as much about whether he’ll be saved from execution when he only appears through the eyes of the other characters. Veronica and Stoker get closer; I do like their slow-burning romance, though I think the mystery of Stoker’s past is being dragged out too much. I gave it a B+.