Both Kati D and I enjoyed your first book and we recommended it to many other readers with the caveat that the motorcycle club featured in the book helps to traffic meth throughout the St. Louis pipeline. It’s not heroic behavior but given that we are reading about an outlaw motorcycle gang, I accepted this storyline. 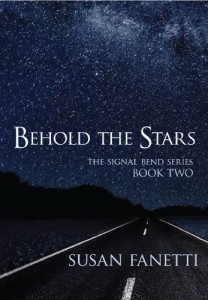 One of the great features of Move the Son was the female protagonist, Lillie Accardo. She falls in love with the president of a motorcycle club called the Night Horde, Isaac Lunden. Their romance is the very best thing about this story. Lillie’s struggle for independence while still being part of a couple is endearing. Isaac is completely gone over her and has no trouble admitting it.  But the romance is overshadowed by the suspense portion of the book. My issues with the book can be broken down into three broad categories. There is extreme violence toward women in this book; an excessive and unlikely romanticization of the MC; and finally Lillie’s agency often seems stripped from her.

Let’s start with the romanticization of the MC. In the beginning Lillie muses that this small band of men are actually more honorable than the ordinary citizen. No, sorry. A group that decides they will run a protection ring for meth producers aren’t really that honorable no matter that they are “face to face with real consequences.” The story is book-ended, open and close, with this idea that the MC is this really cool club filled with really awesome people not withstanding the lengths that they go to achieve their selfish ends which is to run their little club and keep their town alive. Further, the whole idea that all the Night Horde does is provide protection is disproved later in the book when Isaac says that they are going to bring all the cookers in to discuss new ways to make money. So they are producing meth and protecting it. I’m irritated that I have to read about how honorable and worthwhile it is because it really isn’t.

The first 40% of the book is set up as the “villain”, a big crime boss named Lawrence Ellis, tries to take over Isaac’s town. Lawrence is a villain only because he opposes Isaac’s Night Horde group and wants to take over the Midwest meth production and sales. I guess his ambition and the lengths that he will go to achieve that makes him villainous but unfortunately I felt the Night Horde was just as villainous.

As Ellis begins to put the squeeze on Isaac and his town, they are forced to fight back and the way in which they do this was hard to swallow. There was one scene in particular where I had to put down the book and I wondered if I would ever go back. I did return but was subjected to just more violence after that. Spoiler ahead

There are several women that are raped in the book including one fifteen year old who is literally raped to death. The MC figure out that there is a mole and it’s a woman. One of the members of the MC has loose lips during sex and has revealed a number of details to the young woman. So they torture her, prepare to rape her and then decide at the last minute to just chop off her head. With an ax. In front of her father via Skype. Isaac says that she deserves it but where her actions really any different than his?  She was helping her father preserve their lifestyle just like Isaac did all kinds of bad deeds in order to protect his.

The book ends with a “satisfactory” ending on the relationship front and from a romance standpoint, it had an interesting dynamic. Lillie was trying to cope with being part of Isaac’s life, both his business life with the MC and his personal life. She had been alone for a long time and adjusting to being part of a team was difficult.

The writing was good and that made the disturbing scenes all the more worse because I could visualize those things happening. As I said in the beginning, one of the primary problems I had with this book was the middle portion of the book where there seemed to be non stop violence. Several women were sexually violated and some in pretty graphic terms. Lillie took back a lot of the agency lost at the end but I was too sorrowful to enjoy it at that time.

I joked with KatiD that I felt like I suffered a mild case of PTSD after reading this book. It’s very grim and while there is a romance, I almost felt resentful reading about the hearts and flowers, particularly at the end. I don’t know if I came away with a feeling that they deserved it. From a purely technical standpoint, it was a gripping read for me although after a major scene I did lose interest. Both my stomach and my heart were impaired at that point.

Maybe read it as a horror book instead of a romance. It’s decently written. There’s a strong romance. Individually I liked Lillie but after the midway point in the book, I just couldn’t like Isaac enough. I just don’t think I can read romances like this. I can’t tell you how much I would’ve liked to recommend this book to readers. I told all kinds of people about Move the Sun but this one should come with a warning. Lots of warnings. C

If you have any triggers for violence against women or animals, I’d advise you to be careful if you choose to read it.