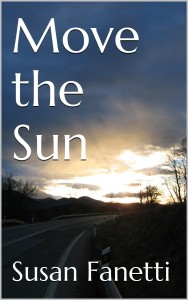 I saw Jane tweeting about your book and immediately went to Amazon to buy it. I love biker books (as evidenced by my obsessive reading of Kristen Ashley last year) and your book sounded right up my alley. In doing a little digging around about your book to write this review, I’ve discovered that it is Sons of Anarchy fan fiction. Since I don’t watch Sons of Anarchy and had no context for the book, it didn’t affect my enjoyment at all.

Lilli Accardo has just moved to Signal Bend, Missouri. The town itself is run down and has an extremely small town feel. It suits her purposes perfectly. As she pulls up to the realtor’s office to pick up the keys to her rental home, three Harleys roll by. Lilli quickly discovers that the power in this town belongs with the Night Horde Motorcycle Club, which acts as protection to the town. The President of Night Horde is Issac Lunden. Big, brawny and incredibly hot, Lilli is immediately drawn to him, but her reason for being in Signal Bend may prevent her from involving herself with the highest profile man in town. Her first night in town, Lilli heads to the local watering hole for a beer, and finds herself flirting with Issac. He’s attracted and she’s interested, but is naturally wary of any involvement. A bar brawl breaks out, and Issac is blown away by Lilli’s ability to defend herself. She’s much tougher than her willowy frame looks. He begins a single-minded pursuit of her, knowing that when they get together, it will be incendiary.

He’s right. They have incredible chemistry, and he begins to think the unthinkable, that perhaps Lilli is The One. But she has secrets she’s unwilling to share, and when he has his tech guy dig into her past, they find that it’s very obviously made up and that there is an impenetrable wall around digging further. Issac worries that Lilli is gunning for his town and his Club. While she assures him that she has no interest whatsoever in the protection that the Club provides for drug sellers, he remains suspicious of her unwillingness to share what her purpose is in moving to his tiny town where no one ever willingly moves. Even as he worries about Lilli, Issac’s town and his Club are threatened by a big time drug lord looking to set up shop in his territory, bringing a very real threat of death to his own people. He’s fighting for his town’s life and well-being and fighting for his love, whose secrets he still doesn’t completely grasp.

This book was such a pleasant surprise for me! First, the town is vividly drawn, and while I felt like the Motorcycle Club aspect of it is probably toned down for the readers, it was still believable. I really liked Issac, which is no surprise because for all his gruff looks, he’s a total Caregiving Alpha. He respects Lilli a ton, knowing that she can protect herself and that she’s tough and possibly a killer. But he also spends a ton of time taking care of her. Comforting her, and loving her. It’s very clear almost from the beginning that he’s falling in love, which I really liked. Even more, I loved Lilli. She’s definitely got a tortured past. She’s incredibly smart, and driven by demons. But she’s kind and when she finally allows herself to fall for Issac, it’s incredibly moving and sweet. I referenced their chemistry earlier in the review. The sex scenes between the two are erotic, emotional and inventive. In this case, the couple is having relatively rough sex, but as the book progresses, it becomes more and more emotionally charged as they fall more deeply in love.

If I had any complaint about the book it’s that Lilli’s purpose for being in town takes a long time to be revealed. I did like the judicious use of flashbacks to tell her backstory, but by the time I hit the 40% mark in the book, I was more than ready to understand what she was doing in town. You also used the word “growl” in relation to the hero 29 times in the book. I  kept waiting for him to turn into a werewolf. I actually tweeted about it because it became a bit like a drinking game for me. “Hero growls with pleasure” DRINK! “Hero growls out words” DRINK! Not a big deal, but certainly distracting for me as a reader.

All of that being said, this was a really enjoyable read that does not, in any way, read like a first novel, nor a self-pub. It’s polished and reads very smoothly. I predict big things for you. I know I for one can’t wait to read more of this series. Move the Sun gets a B+ from me.

UPDATE: The author contacted me: “I did notice that you said MTS is fanfic, and that’s not accurate. It’s all original content. I cut my fictional teeth writing SOA fanfic, but there’s no Sons of Anarchy in MTS.”