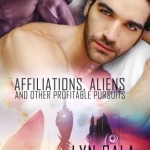 REVIEW: Affiliations, Aliens and other profitable pursuits by Lyn Gala

A desire for status has brought Ondry and Liam to a human world to trade, but dealing with humans has brought up all the old pain in Liam’s heart. Even though Ondry would do anything to protect his beloved palteia, he doesn’t know how to protect Liam from himself. Worse, ... more > 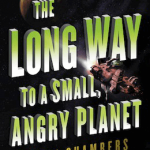 A rollicking space adventure with a lot of heart When Rosemary Harper joins the crew of the Wayfarer, she isn’t expecting much. The patched-up ship has seen better days, but it offers her everything she could possibly want: a spot to call home, a chance to explore the far-off corners ... more > 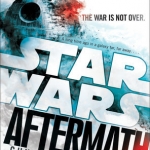 Journey to Star Wars: The Force Awakens The second Death Star has been destroyed, the Emperor killed, and Darth Vader struck down. Devastating blows against the Empire, and major victories for the Rebel Alliance. But the battle for freedom is far from over. As the Empire reels from its critical ... more >