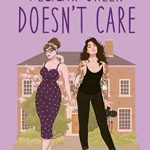 Dear Ashley Herring Blake, I first spotted your debut contemporary romance on Goodreads. Early reviews there were very favorable, and even though it’s a “big city girl comes back to the small town where she grew up” story and that is one of my least favorite tropes in the genre, ... more > 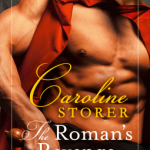 With her husband dead by suicide and his crazed brother accusing her of murder, Philadelphia-bred Elizabeth Dougherty breaks into the jail and holds a cold-blooded killer at gunpoint. “I’ll release you if you agree to my terms. Take me with you.” But when Boone Coulter grudgingly agrees, he has no ... more >

“Penniless and behind on rent, college student and once famous child actress Ellie Barlow takes on the role of a lifetime when she’s hired by a group of young women to break the heart of the campus player who cruelly dumped them. Transformed from slob slacker to jaw-dropping beauty, Ellie ... more >

REVIEW: The Ballad of Emma O’Toole by Elizabeth Lane

Dear Ms. Lane, I hadn’t read a western in a while so the blurb for this one caught my eye. High stakes marriage After shooting a man, the stakes for gambler Logan Devereaux have never been higher. On trial for his life, he’s offered a shocking alternate form of restitution…marriage ... more >

REVIEW: Shadows on the Moon by Zoe Marriott

Dear Ms. Marriott, I’m always on the lookout for books featuring nonwhite characters so when I stumbled across your new novel on NetGalley, I had to request it. I know my previous encounter with your work was so-so but the experience certainly wasn’t enough to turn me off to the ... more >