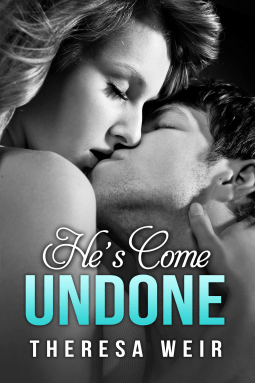 “Penniless and behind on rent, college student and once famous child actress Ellie Barlow takes on the role of a lifetime when she’s hired by a group of young women to break the heart of the campus player who cruelly dumped them.

Transformed from slob slacker to jaw-dropping beauty, Ellie is dressed, styled, bleached and waxed, her chunky glasses exchanged for violet contacts. Along with physical prepping, she’s coached on Julian’s obsessions, which include long-distance running, Doctor Who, and J.D. Salinger.

In no time, Julian is in pursuit of his custom-made next victim, but when Ellie goes off script and begins to fall for her target the newest broken heart in this risky game could be her own.”

Can you get me to want to read a book with a hero who sounds like an ass? Yes, you can. Do I want to read about a heroine whose physical transformation only needs contacts instead of glasses to suddenly look dazzling? Again, yes I do. Revenge plot? I hate revenge plots but I’m reading this one. Am I still hoping that we’ll get the third cat novella with Sam and Max’s sister? Please! Oh, please!

Ahem. Now back to our review already in progress.

So here I am diving into a novella that ought to have me running in the opposite direction and I’m diving in, voluntarily, head first, into waters of uncertain depth. Let’s examine why the issues that should have canned this one actually didn’t. Revenge plots are common in Romancelandia but instead of the usual hero who will wreck havoc on the heroine, here it’s women aiming to bring down the man they think treated them like shit. I know that to some it might seem like a stereotypical cat fight of women angry at a man but I choose to look at it as women who aren’t going to passively take being dismissed. The way in which they orchestrate the whole affair also seems very modern – using Craig’s List, a notarized contract, and detailed notes for Ellie, the actress, to study. However, I’ll be honest and say the plot is one that just has to be accepted until the action gets going.

Ellie’s transformation from a 6 on a good day to a 10++ smacks of the hated “we’re supposed to believe that all it takes is removing her glasses, letting her hair down from a tight bun and putting her in sexy clothes to turn her into a knockout?” trope. But Ellie is also a real actress, used to the camera, used to being transformed by makeup. And a properly fitted bra can do wonders to change a woman. Ellie’s also smart and realizes that her “change” is only surface deep – inside she’s the same person with her good and bad points and her own scared past.

Julian is first presented to us by others and we see him as a beautiful, fuckwad user who has deeply angered several women. Then his redemption in the eyes of the reader starts. Very quickly it’s obvious that there is some dark secret in his past, dark enough to cause him to be seeing a psychiatrist, dark enough to be on anti-depression medication, dark enough to have been involuntarily committed to a mental health facility. Julian’s got issues but to me they are believable ones.

So we’ve got two broken people who need to be salvaged in my eyes. Two? Well Ellie isn’t lily white pure here either as she’s taking money to try and get someone to fall in love with her solely in order to then break his heart. The reasons given for Julian and Ellie’s actions are ones I can accept. Ellie’s might not be noble but it’s understandable. Poverty can get you to do things you might otherwise never stoop to. Julian has – and is still – going through his own private hell. One that his psychiatrist believes has arrested his emotional development to the age when the event happened. He feels the sexual contact he has with the women makes him feel alive instead of internally dead and he truly believes his casual attitude towards relationships is normal. Watching both of them grow, understand the wrongness of what they’re doing and change is part of the emotional satisfaction of the book.

I thought the novella was also well crafted. The characterization is consistent and I enjoyed the first person POV chance to actually get inside each person’s head. Ellie, Julian and the scorned women might not understand the motivations, changes and evolution of each other, but we do. Readers who want more of the hero’s feelings will appreciate how much time is spent seeing things from Julian’s perspective.

But wait, there are also other things I like about it. Things are shown vs being told such as when Julian first began to notice and become interested in Ellie. The changes in the characters seemed to flow naturally and build slowly instead of conveniently appearing. The trauma in Julian’s past is delicately revealed but the revelation is all the more powerful for its lack of details which leave a reader free to fill in the blanks, or not. The issue of Julian’s mental health, both in what he’s already suffered and the new consequences from what happens in the novella, feel realistic and hurrah for the fact that twue lurve isn’t shown as fixing it all.

Can readers overcome the fact that Julian did, even in his own eyes, treat these young women badly? Will people believe that Ellie’s reasons for what she agreed to do, and signed a contract for, are good enough? I did, in both cases, because of the fact that I believed in their changes by the end of the novella. Despite a few nitpicks – what else Ellie could have done first to make money and the interchangeable feel of the disgruntled women – it was a fast and enjoyable read for me. B