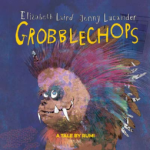 Amir is worried about the little monster lurking under the bed. What if it tries to eat him up?! And what if that monster has a dad and a mom too? As Amir’s dad tucks him in, Amir wonders if the monster might just become a friend instead… This classic ... more > 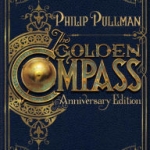 Is Amazon Creating a Cultural Monopoly? – As much as I admire the tenacity of the Authors United group, their singular fixation on Amazon feels more and more like publisher pressure by proxy. I remember Jon Sargent trying to make the value argument about Agency Pricing – that more valuable ... more >

Mark Coker Reviews ‘Exciting’ 2014 at Smashwords – So according to Mark Coker, 2014 was a pretty good year for Smashwords authors, despite the overall slowing of the digital book market and the alleged drop in sales some Amazon authors claimed due to Kindle Unlimited. The site itself gained about ... more >

HarperCollins Adds Digital Watermarks to E-books – I read this whole article shaking my head at the idea that Harper Collins actually thinks it’s a good idea to add MORE DRM to their digital books. Why, you may ask? According to Harper Collins’ CDO Chantal Restivo-Alessi, the goal is “to ... more >