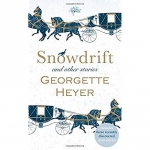 Two Female Playwrights Arrive on Broadway. What Took So Long? – A lovely and sometimes understandably plaintive profile of Lynn Nottage and Paula Vogel (their careers and their work), both of whom have plays on Broadway this season, their first, despite Pulitzer prizes, Ivy League teaching jobs, international fame and recognition, and decades of work behind ... more >

Reader’s Guide to This Fall’s Big Book Awards – The next couple of months are filled with award announcements, including the Nobel Prize in Literature, the Man Booker Prize (October 25th), and the National Book Award (November 16th – the full list of finalists can be found here; this article was ... more >

A fast-paced and gripping near-future science fiction debut about the gritty world of competitive gaming…   Every week, Kali Ling fights to the death on national TV. She’s died hundreds of times. And it never gets easier…   The RAGE tournaments—the Virtual Gaming League’s elite competition where the best gamers ... more > 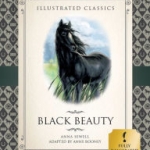 Thursday News: gender and book coverage, Nintendo, fatphobia in YA, and one-book wonders

New study shows gender gap narrowing in book coverage – VIDA’s latest study demonstrates that strides are being made in the representation of both men and women, although they are not consistently large or equally distributed across publications. VIDA, otherwise known as Women in Literary Arts, told The Associated Press on ... more >

Apple expected to pay $450M in e-book case – On the heels of the Supreme Court’s rejection of Apple’s  request for review, it appears that the only option now is making good on their $450 million settlement deal. It’s a hefty amount, especially compared to the $166 million settlement distributed by ... more >

An Introverted Writer’s Lament – Reading this article reminded me of a great conversation I had with friends lately about how much more engaged and vocal the community of Romance authors seems to be now than, say, five years ago. I suggested that perhaps self-publishing has allowed authors to talk ... more >