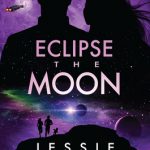 Warning: Spoilers for book 1 follow Dear Jessie Mihalik, The Starlight’s Shadow trilogy, which kicked off with Hunt the Stars, continues with this second installment, Eclipse the Moon. The romantic pairing this time round is Kee Ildez (human, hacker and systems expert) and Varro Runkow (Valoff, telepath, weapons expert), who ... more > 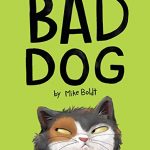 The differences between cats and dogs have never been funnier! In this hilarious story from the illustrator of I Don’t Want to Be a Frog, a little girl really, really wants a dog . . . but gets a cat instead! “Look what I got for my birthday! A pet ... more > 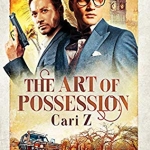 REVIEW: The Art of Possession by Cari Z

When a treasure-hunting black ops soldier and a disgraced, reckless archeologist team up in search of a priceless artifact, they might get more than they bargained for. Ever since leaving the Green Berets to work in private security, Alex Tucker has longed for some excitement—and he’s about to get his ... more > 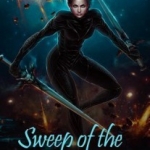 REVIEW: Sweep of the Blade (Inkeeper Chronicles #4) by Ilona Andrews

Maud Demille was a daughter of Innkeepers. She knew that a simple life wasn’t in the cards, but she never anticipated what Fate would throw at her. Once a wife to a powerful vampire knight, Maud and her daughter, Helen, had been exiled for the sins of her husband to ... more > 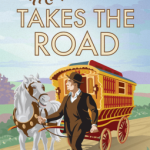 Book 3 of the classic trilogy of humorous rural adventures through pre-war England Mr. Finchley takes a fancy to a horse-drawn caravan that he sees for sale, but his new wife does not relish the prospect of a caravan journey so she goes to visit her brother, while he sets ... more > 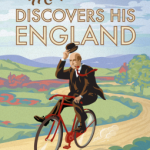 Mr Edgar Finchley, unmarried solicitor’s clerk, aged 45, is told to take a holiday for the first time in his life. He decides to go to Margate. But Fate has other plans in store… From his abduction in a Bentley by a cheerful crook, to his smuggling escapade off the ... more >