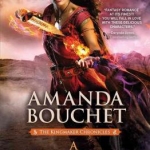 REVIEW: A Promise of Fire by Amanda Bouchet

Dear Amanda Bouchet, I’d heard good things about this, your debut book. Having seen it was the first in a series, I tweeted you and you kindly responded to let me know that while there are no cliffhangers, the romantic and fantasy story arcs are incomplete in A Promise of ... more >

Working in low-level IT support for a company that’s the toast of the tech world, Sigmund Sussman finds himself content, if not particularly inspired. As compensation for telling people to restart their computer a few times a day, Sigmund earns enough disposable income to gorge on comics and has plenty ... more >

Dear Ms. Raby, I admit, the beautiful cover was one of the things that attracted me to your new, self-published fantasy-romance-mystery, The Fire Seer. The book is the first in a new series of novels featuring the same two sleuths, Taya and Mandir, whose relationship very gradually shifts from a ... more >

Dear C. L. Wilson: When I first starting reading the Lord of the Fading Land series in 2007, it was one of my first realizations that romance and epic high fantasy could be blended together. While the series presented the fated mate concept as part of the root of the ... more > 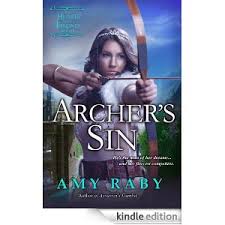 Dear Ms. Raby, Earlier this year I read and reviewed the first two works in your Hearts and Thrones fantasy romance series, Assassin’s Gambit and Spy’s Honor. I also read this novella in that same series, Archer’s Sin, but what with one review commitment or another, I didn’t get around ... more >

Dear Ms. Raby, I picked up your fantasy romance, Spy’s Honor, because although the previous book in the series, Assassin’s Gambit (reviewed here and here), wasn’t perfect, it was entertaining and interesting. It turns out that Spy’s Honor isn’t a sequel to Assassin’s Gambit, but a prequel. Spy’s Honor begins ... more >