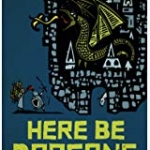 A mid-life crisis, a castle gardener, an unfaithful steed, a dastardly hero, a merciless king, and a dragon that needs saving. With heroes this bad who needs villains… When Orus graduated from the Cromalot School for Heroes he was ready for a life of glory and adventure. But after being ... more > 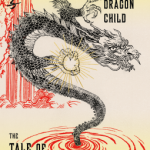 A self-assured warrior stumbles into a game of Go that turns fatal. An ambitious lord leaves his nephew for dead and seizes his lands. A stubborn father forces his son to give up his wife to his older brother. A powerful priest meddles in the succession to the Lotus Throne. ... more > 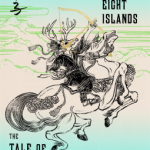 In the opening pages of the action-packed Book One of Lian Hearn’s epic Tale of Shikanoko series–all of which will be published in 2016–a future lord is dispossessed of his birthright by a scheming uncle, a mountain sorcerer imbues a mask with the spirit of a great stag for a ... more > 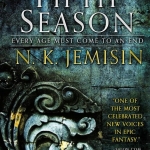 Dear Ms. Jemisin, I was first introduced to your work via your debut, The Hundred Thousand Kingdoms. That novel excited me for various reasons. It was an original take on the “person fights for the throne” fantasy staple. The characters were not white. The worldbuilding was really interesting. And, of ... more >

Dear Michelle West: I’ve made no secret of the fact that I have mixed feelings about the first three books of your House War series. I loved the fact they expanded on the pasts of Jewel and her den, but I also disliked that we retread familiar scenes from other ... more >

Dear Ms. West, I love your books. Whether it’s under this pseudonym or Michelle Sagara, I make sure to read them all. It’s true that I find some more satisfying than others but I’ve never actually regretted picking any of them up. Given my growing disenchantment with the fantasy genre ... more >