The Resurrection of the Fan Culture. Is there room for both of us? 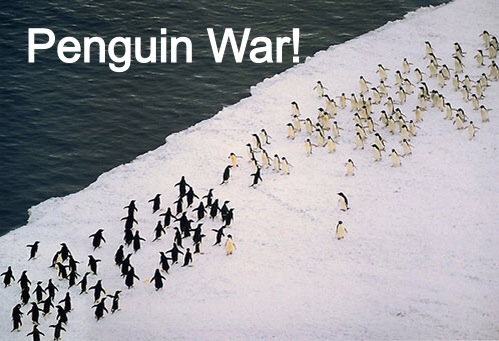 I came online in the 1990s. At that time, there existed really three avenues for finding romance books – Romantic Times, The Romance Reader, and All About Romance.  Previously I was involved in a book club of one.  I knew of no one else in my circle that read romances and I had a hard time figuring out what books actually were romances and which were big books that had relationships but everyone was really fucked up in them.  Worse, I had limited funds and limited access to a library.

What I knew of romances and romance authors before I discovered the online world was taught to me by the few issues of Romantic Times that I had caught a glimpse of now and then.  Romance authors were glamorous and lived in palatial spreads in Texas.  I was pretty sure that they lived some Dallas lifestyle complete with stretch limousines and personal chefs.

When I got online, I discovered that there were other people who read romances and that there was a world other than Romantic Times where people talked about books that they didn’t like as well as the ones that they did.  That was pretty revelatory for me.  What I didn’t realize was that romance authors weren’t used to people talking about they books they didn’t like either.  Back then the entire romance reading community was a fan culture meaning that the primary discussion of romance books was full of praise.

Publishers fostered a close relationship with readers by having authors pen “letters” to readers. Romantic Times never gave lower than three stars and even then, not to big name authors. Part of this may have been the result of those within the romance community feeling run down by those outside the community. Romance has always been looked at as a literary ghetto – where only the impoverished intellectuals and writers who couldn’t make it in the real literary world went to pen their lavender scented missives.

Fan culture has always had some thread of us against the world. You could see it back in the 1990s and you see it now, particularly with the indie authors.  Fan culture helps to grow a community.  It helps the creators within that community feel energized and empowered.  There is absolutely nothing wrong with fan culture.  I’m going to repeat this. There is nothing wrong with fan culture. Fan culture is important. It plays a vital role in the survival of a community.

But not every part of the community wants to be part of the fan culture and let me explain why.

When I first started getting online, I had been reading romances for about a decade but I didn’t have a book a day habit. I couldn’t afford it. I had my favorites – Garwood, Devereaux, Lindsey – and I waited anxiously to purchase or check those out from a library when I could. But many libraries don’t devote a lot of resources to romance books and because I had limited resources, I needed each book to be a good one and if I wasted a bus trip to the library on a book that wasn’t good or money on a book that disappointed me, I was SOL for that month.  I needed a place where I could get real critique, not such a paragraph summary in a fanzine or an author’s friend saying her bestie’s work was great. My pocketbook and my resources needed to make smart decisions.  Books were expensive and a luxury for me.  Every dollar spent at Waldens was meaningful. I fully embraced The Romance Reader and All About Romance because it did two things for me.  It made me take chances on books I wouldn’t have ordinarily read because I was financially unable to and it steered me away from books I knew I wouldn’t respond well to.

The ladies who ran these sites, out of their own pockets, did a huge service for me as a reader. I valued their honest opinions and yes, even laughed at some of their reviews as they echoed the frustration I had experienced in my own reading life.

As TRR and AAR grew, so did the discontent with these sites. Authors began to say that the negative reviews were taking money from their children’s mouths.  Authors compared their books to babies.  They cautioned us to be nice because if you can’t say anything nice then nothing should be said at all.  Authors worked too hard, they claimed, to suffer this kind of treatment.  The treatment, of course, was the negative review and the comments in message boards from readers to readers telling them to stay away from a certain book.

What was happening, though, was an amplification of conversations that were taking place in yahoo groups and emails and in-person book clubs. And the authors and readers began to fight. Authors didn’t want critical reviews and readers wanted the right to say what they did about the books themselves.

And then the tide turned. Many, many authors agreed that the review space was best left to the readers and that what a reader said wasn’t an indictment of an author but of the book.  The book wasn’t a baby because really, are you going to sell your baby?  A negative review wasn’t taking money from the table of a child any more than a positive review was putting money on the table.

Moreover, allowing critical reviews placed the romance genre on the same field as all other literature. Romance authors were tough broads who did not need to be cosseted by their fans.  They felt strongly that their work was as good as anything else being published and as such were subject to the same scrutiny as any other book, whether it be critically panned as many literary fiction works were or highly praised as a few literary fiction works were.

In a genre seeking respectability, embrace of criticism wasn’t only important it was vital.

In 2011, 50 Shades was published and it brought with it an influx of indie authors and indie bloggers. In a little over a year, many unique and interesting blogs have been created. Many of these new blogs believe that there are rules to blogging and reviewing. Only give out 3 star and above reviews. Do not provide a negative review.  Do whatever you can to promote authors. Be careful of the author’s feelings. In many circumstances blogs have become an extension of an authorial promotional team.  And that’s okay.  One particular popular blog states outright they are a promotional place only.  Others have notices in the sidebar that negative comments toward authors are not permitted.  They are signaling their  intentions to their audience fairly and openly.

But for those of us who believe that reviews are for readers and that the audience for our blogs is readers, the rules set forth by promotional bloggers don’t fit.

1) Promote the book.  Promotion of a book isn’t the intent behind reviews here or at many blogs. It’s merely a by product.

2) Helpful criticism. I would never be so presumptuous to assume that my review can provide helpful criticism for an author’s writing. For one, maybe what works for me doesn’t work for 100,000 other readers.  Second, the book is already done. How can my views on it provide help to an author?  I’m not beta reading.  I’m reading at the end of the publication process. My opinion should mean squat to the author.

3)  Meaningful review.  There’s no question that in today’s world of algorithms and metrics driving discovery that numerosity of reviews matters more than the quality of them.  It’s better for an author to have 100 reviews with five stars than it is to have 10 really thoughtful, insightful reviews.  But for bloggers that give out nothing more than 4 or 5 star reviews, how do you actually amplify the signal to the books you really love more than others?  And if you say nothing about a book, does your readership presume you hated it even if you don’t even know about it or haven’t even read it?  And if you give out a range of 3-5 star reviews, doesn’t everyone know that 3 stars means it is a shitty book?  Who is to say that the 3 star review isn’t taking away food from a child’s mouth as much as a 2 star review or a 1 star review?

There are pitfalls to each review strategy and not one is superior to others. Not the “I’m giving it all positive reviews” and the “We are critical as hell here. Beware.”

4) Think of the author.  I don’t think of the author because I don’t grade a book on whether the author is old or young. Active or not active. Employed outside the home or writes for a living.  I don’t think of how long it takes to write a book or how much effort the author has put into it. Should I grade a book lower because it takes less time to write or because the author only spent three weeks on it? Should I grade a book by an author who is twenty on a different scale than an author who is forty? Should I ask the author if she had any personal problems while writing the book and then take that into account?   No, no, and no.  I can’t know all of these things about the author of the book I’m reading and reviewing. It would be impossible.  To take into account all of those things would provide highly inconsistent and even unfair grades.   In order to review all books the same, they have to be viewed in a vacuum.  The book has risen sua sponte from booklandia where it was tended by robots and other non sentient things.  To start thinking about the author when I write a review would result in havoc and it wouldn’t be fair to the authors or the readers.

Further, in the author reader relationship, the reader is the only one not making money out of the sale of a book. The blogger might get freebies. The author gets a percentage of the retail. But the reader gets nothing.  In this equation, the reader is always going to be more important to me than the author.  Because I presume that the reader works hard in her life, that she has struggles, that she puts forth the best effort she can in everything she does.  Her reward from me should not be a review premised on how I felt about the author but how I felt about the book itself.

There is room for the promotional blogger. I know that they provide a valuable service to authors and I have no problem with them so long as they are clear about their purpose.  But I would hope that those promotional bloggers make room for me as well.  And allow the blogs who do provide critical reviews the same courtesy.  We provide a service to readers and while our approaches may be different, our passion is the same. We both love books.  We just show it differently. And that’s okay.