Read and reviewed: The Sins of Lord Lockwood, A Treacherous Curse, Seize the Fire and Brooklynaire 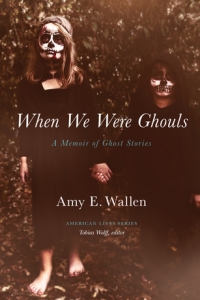 When We Were Ghouls by Amy E. Wallen

I stumbled on this memoir…somewhere, and it sounded intriguing. The author spent part of her childhood in Nigeria and later in Peru, following her father’s employment opportunities. The title references childhood memories of what amounts to grave robbing in Peru with her family as a child. Wallen’s descriptions of the clashing of cultures was vivid, but the perspective of a child who perpetually feels abandoned and unmoored got repetitive, fast. I also think that there’s fundamentally something about writing from the point of view of a child that doesn’t necessarily work for me. Simplistic thinking and lack of understanding of nuance is of course understandable from a kid, but it’s an adult actually writing, so I’d prefer to have some of that mature insight woven into the narrative. I also felt there was some uncomfortable “othering” of the cultures Wallen writes about, particularly when writing about the violence in Lagos. I don’t doubt that the depiction is accurate, but it really takes a deft hand for a white American outsider to write about such subjects and not have it have come off as culturally insensitive, at best. My grade for When We Were Ghouls was a C. 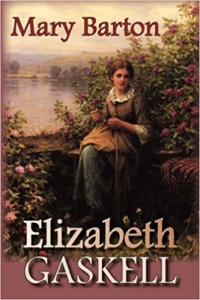 I started this in January and it took me several months to finish – I deliberately tend to read classics very slowly, because I feel like I get more out of them that way. Mary Barton is another sort of slice-of-life of England in the uneasy throes of the early days of the Industrial Age (I’ve read quite a few of these and generally really like them). “Slice-of-life” probably makes it sound gentler and more pleasant than it is in reality, but the subtitle actually is “A Tale of Manchester Life.” The titular character is only 13 when the novel opens, and though she’s central to the story she’s far from its sole focus. Mary is poor and beautiful and after her mother dies in childbirth she goes to work in a dress shop; meanwhile her father John, bitter over his losses (he’d previously lost a son who he believed would have lived with better food and care), becomes involved with union causes. The Bartons’ friends the Wilsons also suffer much loss in a short time, and Jem Wilson’s love for Mary, initially spurned, sets several of the characters on a tragic collision course (or so it seems). Mary Barton exemplified what I really like about classic 19th century English literature – it has a moral point of view and a strong sense of place and time, as well as vivid, well-rounded characters. I gave this one a B+. 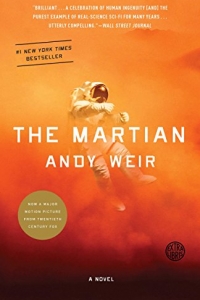 The Martian by Andy Weir

I got this from the Daily Deals – it’s not the sort of thing I probably would’ve picked up otherwise. But I’d seen people say that it was very compelling and readable even if you aren’t into sci-fi or that interested in space or science. I thought this was partially true. The parts that were compelling in an action-packed thriller sort of way were *very* compelling. The detailed descriptions of science stuff bored me more often than not. I felt almost like this was my fault – like, here’s this science stuff dumbed down for the average reader and it’s still too sciency for me. Anyway. I felt that we could have gotten a bit more detail about the main character, but I suppose his status as an everyman (of sorts) was part of the point. I gave this a B but to be fair it was probably between a B and a B+, just because it was so darn readable. 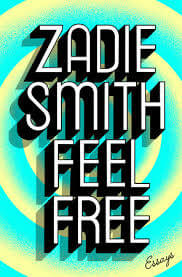 I’ve really enjoyed the Zadie Smith novels I’ve read – On Beauty and White Teeth, and I’ve appreciated some of her essays here and there as well (usually in The New Yorker, I think). So I was happy to hear that she had a collection of essays coming out. The collection ended up being a mixed bag for me, for reasons that made me feel a little unsophisticated and ignorant. Several of them on art in various forms were simply too intellectual and esoteric for me to even understand, never mind appreciate. When Smith writes about where she’s from and where she is now (as in the essay “Fences: A Brexit Diary”) I find her writing both bracing and moving. When she writes on pop culture (an essay on Key and Peele and a later one on Get Out), she’s smart, incisive and funny. The over-my-head essays were mostly in the middle sections, and they dragged the book down a bit for me, but it was still a solid B. 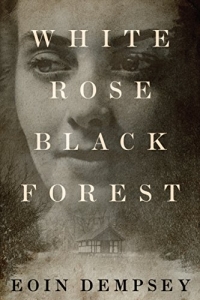 I broke my rule about not reading anything from Amazon Prime’s First Reads, which I’d previously had bad luck with. But the description of this one sounded really good:

December 1943. In the years before the rise of Hitler, the Gerber family’s summer cottage was filled with laughter. Now, as deep drifts of snow blanket the Black Forest, German dissenter Franka Gerber is alone and hopeless. Fervor and brutality have swept through her homeland, taking away both her father and her brother and leaving her with no reason to live. That is, until she discovers an unconscious airman lying in the snow wearing a Luftwaffe uniform, his parachute flapping in the wind. Unwilling to let him die, Franka takes him to her family’s isolated cabin despite her hatred for the regime he represents. But when it turns out that he is not who he seems, Franka begins a race against time to unravel the mystery of the airman’s true identity. Their tenuous bond becomes as inseparable as it is dangerous. Hunted by the Gestapo, can they trust each other enough to join forces on a mission that could change the face of the war and their own lives forever?

You can kind of guess the trajectory of this novel from the blurb (go ahead: I doubt you’ll be wrong), but it managed to hold my attention anyway as the two main characters find common ground and begin to trust each other. This could have been a great book but the plot was better than the somewhat flat writing and characterization; the mild romance ends in an HEA but is still unsatisfying because it’s given such short shrift (not that the book had to have more romance; more that given the circumstances, the romance felt disappointingly tepid). I was also disappointed by the depiction of the real German anti-Nazi resistance group White Rose. While the characterizations weren’t negative, exactly, the members (real people who were executed and died martyrs’ deaths) were treated as being reckless, and it felt like it was in service of the story. Still, the plot of White Rose, Black Forest was good enough to rate the overall novel a B. 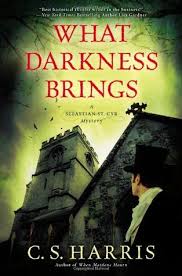 What Darkness Brings by C.S. Harris

The eighth in the Sebastian St. Cyr mystery series, this one was pretty compelling but featured too many characters and a problem I feel like I’ve complained about a lot lately with mysteries and mystery-adjacent books – a resolution that was honestly confusing to me. St. Cyr has to try to track down the real killer of a sleazy London merchant named Benjamin Eisler. His reason for doing so is complicated: his ex-lover, whom Sebastian briefly thought was his sister (sigh) wants to save *her* husband, who has been arrested for the crime. There’s an enormous missing gem tied to the Prince Regent and his estranged and much-hated wife, Princess Caroline; a creepy crazy guy who appears to be stalking Sebastian and his wife, Hero; the possibly-mysterious death of an old Army buddy of Sebastian’s; and a bunch of spies, counter-spies and secret homosexuals (the latter being a big deal in that time and place) running around London mucking up the plot and confusing me ever more. I gave it a B+, because I care about sympathetic, interesting characters and strong prose more than I do about impenetrable plots. 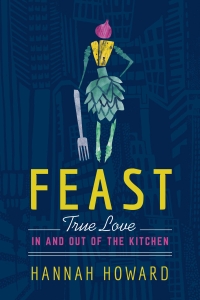 This is a memoir of the author’s coming of age (her teens and early 20s) in New York and later Boston, focusing on her eating disorder and attempts to break into the restaurant business, which is her real love (she also has several romantic relationships, not all of them wise choices – actually, most of them are terrible choices). I found the early part detailing the author’s relationship with food repetitive and hard to relate to. I can relate to disordered eating but not everyone’s disordered eating is the same and while the differences can be interesting, they can also be…not-interesting, and perhaps in a strange way alienating. Particularly when they’re detailed so extensively (this is a long way of saying that there were times when I should have been more sympathetic but instead found myself exasperated with Howard). But the author has a good “voice” and her enthusiasm for the restaurant world, even with all of its downsides (terrible customers, terrible bosses, crazy hours, sexism, etc.) is infectious. I ultimately gave Feast a B+.

→ Jennie
Previous article: REVIEW: The Museum of Us by Tara Wilson Redd
Next Post: REVIEW: Manga Classics: The Count of Monte Cristo by Alexandre Dumas by Stacy King