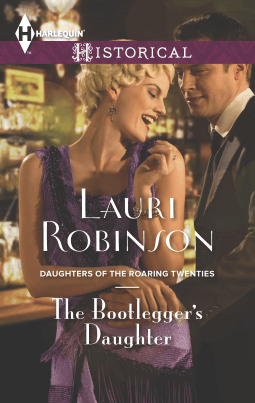 Of all the speakeasies, in all the world…

Mysterious city slicker Ty Bradshaw might have won her father’s trust, but everyone knows Norma Rose is the true boss of Nightingale’s resort. And it’ll take more than that charming smile to shake the feeling that Ty is not all he seems…

He walks into hers

Ty is a federal agent on a personal mission of revenge. But he hasn’t figured on falling for a bootlegger’s daughter. Suddenly, flirting with headstrong Norma Rose seems far more exhilarating than chasing gangsters!

After the fun of the introductory novella to this series “The Runaway Daughter,” I was all set to jump into the full length story of the eldest Nightingale daughter, Norma Rose. Unfortunately, what could have been a good story gets lost several times along the way to the end.

Ty Bradshaw is immediately impressed with Norma Rose Nightingale. Not only is she gorgeous but she’s got grit enough for tough men to take notice. The oldest daughter of Roger Nightingale, she’s worked hard to be taken seriously in this rough world of 1920s bootlegging. Her father doesn’t actually run booze but he’s involved with those who do – which seemed to me to be splitting hairs in an effort to try and keep his hands as clean as possible so we could root for him and his family – and the profits to be made have attracted the attention of the one man Ty has vowed to take down. Norma Rose might have a great pair of gams but she won’t stand between him and his mission.

Meanwhile, Norma Rose is flustered and furious at this slick talking stranger who manages to work himself into her father’s confidence overnight. She can peg Bradshaw as a liar who’s up to something and can’t understand why her father refuses to listen to her. I never could either. But by the next day, Ty is hip deep in the resort affairs and privy to everything going on including her youngest sister’s disappearance.

Having read the novella about Ginger, I knew where she was but this story bogs down for almost half it’s length as Norma Rose and Ty, along with the staff and the rest of her family, attempt to discover where she is. Given the opening of this book and the fact that Ginger is family, it makes sense that people are concerned about her but when the storyline takes over this one and Ty’s mission, it makes for frustrating reading.

Finally the focus shifts back to Ty and Norma Rose and the action seems to pick up. Then almost too much began to be piled on as the other two Nightingale sisters had to be introduced and hints laid for their stories. There are plenty of family relationship issues to be worked out in between Ty and Norma Rose fighting their attraction for each other. I also didn’t quite “get” what caused Norma Rose to begin to swing around to accepting Ty and working with him instead of being stubborn. One minute she was furious, the next she was grinning at him.

Oh, wait then there’s Ty’s original mission which I kept forgetting about because it wouldn’t be mentioned for long stretches. Finally we get his bit of backstory info dumped on us and some progress made before Ty gets removed from the story line for a week during which no one has any clue where he is or what he’s doing before the finale when it all ends in some inappropriately timed sex followed by a muddled wrap up.

I do plan on trying the next book but can only hope it works better and is more understandable for me than this one. C