REVIEW: Compromised into a Scandalous Marriage by Lydia San Andres

Escape to the Caribbean in this tension-filled compromised-into-marriage story! When heiress Paulina Despradel is banished from the family quinta in a storm, she seeks shelter with her dashing new neighbor, Sebastian Linares. Their attraction may be as electrifying as the lightning outside, but the night they spend together is totally ... more > 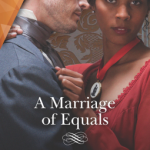 REVIEW: A Marriage of Equals by Elizabeth Rolls

Risking everything… For love! Having struggled so hard to become a successful business owner, Jamaica-born Psyché Winthrop-Abeni has no interest in relinquishing her freedom or property to a husband. But when gentleman Will Barclay comes to her aid, their intense connection tempts her into a thrillingly passionate temporary affair! It’s ... more > 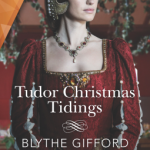 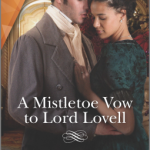 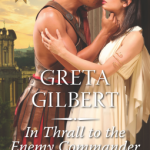 REVIEW: In Thrall to the Enemy Commander by Greta Gilbert

Cleopatra’s slave girl and an enemy Roman soldier… Egyptian slave Wen-Nefer is wary of all men. But she can’t help but be captivated by handsome Titus, adviser to Julius Caesar, even though he is commanding and intolerant of bold women like her. Their affair is as all-consuming as it is ... more >