And once again my list is not very long, but it truly represents the best and most memorable for me books that I reviewed this year. 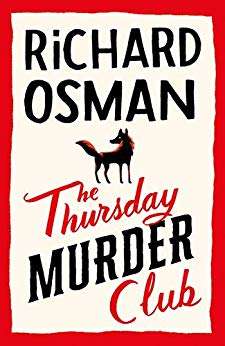 I am linking to the review of the first book, but I reviewed all three books this year and so far the books are only getting better and keep improving and I can wholeheartedly recommend all three. The characters are delightful and the plots are only getting stronger in my opinion.  Rather than quote from my review, because I think the next two books are stronger than this one in several ways, I decided to just quote from the blurb because it introduces the characters who already stole my heart from the very beginning:

In a peaceful retirement village, four unlikely friends meet weekly in the Jigsaw Room to discuss unsolved crimes; together they call themselves The Thursday Murder Club. Elizabeth, Joyce, Ibrahim and Ron might be pushing eighty but they still have a few tricks up their sleeves.’ 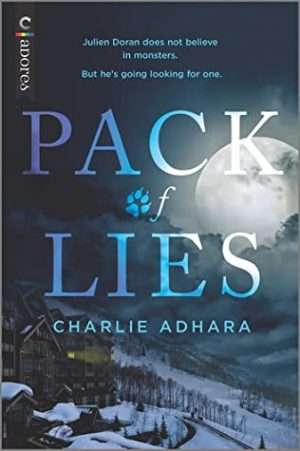 This is a spinoff from Adhara’s Big Bad Wolf series, which I really love. I do not just put this book on my Best of list because it is a spinoff from the beloved books. I think while it took me awhile to fully enjoy the chemistry between the couple, while I was in, I was all in and story was fun. Eli is such a great character, I hope he and Julien will have a lot of adventure coming up

I always wonder whether I should recommend the first series for readers who may be wondering whether they should read it before starting the spinoff. I think here while I wholeheartedly recommend the story of Oliver and Cooper, even though Eli makes appearances there (and pretty significant one in the last book), I think people should be okay in terms of not being confused if they don’t want to read the previous five books. You will miss a lot of Eli’s back story and his character development, but here you are told about most things that he has to endure in his past, and it is not a long recap, but the main beats were mentioned I thought.
I also thought that the writer did a good job taking Oliver and Cooper (the main couple in the previous series) out of the action. I thought that not wanting to disturb them on their honeymoon made a good enough reason for Eli not calling them. Of course opinions may differ on this one, but I was okay with it and happy that both of them made an appearance in the end. I think it will be harder to take them out of the action in the next books though considering their obvious affection and connection with Eli, so I am curious to see how the author will handle it. What more can I say besides – I love love these books. Once again probably the best book that I reviewed here last year. Rune and his friends and family and the world they inhabit is something I cannot wait to read more about. Much more hopefully. From my review:

“Rune dealing with his new life as Lord Sun responsible for his court was a joy to read about. I mean the theme of found family started in book one with Max and Quinn and continued in the second book with Corbie and Anna and Corinne appearing and taking their places as part of the family, but I thought that it was getting even better here with kids growing up and being impatient to have more responsibilities and adults wanting them to be kids for a little longer. And Rune is just a good person in my opinion wanting to be a responsible head of his new court and care for his people. Whatever mistakes he made and will make, I think he is trying and often succeeding in behaving as a decent human being.

And let’s not forget that this is the book where powerful magical beings are often at odds with each other and when they fight, there is so much awesome magic and I am the type of reader who loves reading about all kinds of magic, especially when the writer tries to make sure the magic has some consistency in how it works in the world he created and the use of magic without sigils also has consequences for the users and boy we see it even more in this book when Arcana use their Arcana majeure magic (and what is it exactly I can’t tell you, because it is on the need to know basis only :))’ 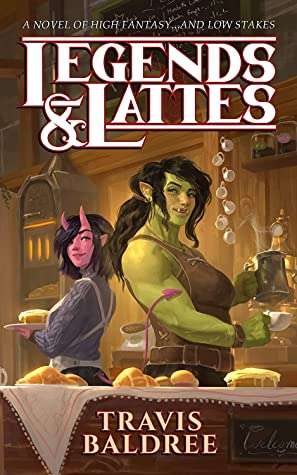 4. Legends and Lattes by Travis Baldtree

A good friend recommended this book and it ended up being one of my favorites as well. Charming, very relaxing fantasy and the beginning of the romance. From my review:

“There are definitely some fantasy elements besides who Viv is and who her friends are – some magical elements that is, I think calling the book “the novel of high fantasy and low stakes” was very appropriate. Overall it was a cute and sweet book, but also very engaging. It was a brand of sweetness that worked very well for me but it must be up to every reader to figure out whether this kind of sweetness will work well for them.

And be prepared to want to eat some baked stuff after and during finishing this story :).

There is also some romance, actually you won’t see an actual romance, you will see a building friendship and couple of kisses, that’s about it, but I still really loved it.” This was such a lovely follow up on Martin and Arthur’s story. Loved every page of it. From my review :

I enjoyed “His Quiet Agent” and the follow up short story. Honestly I was surprised to see this sequel, but to me as far as sequels go this one came very close to perfection. The author mentioned that this was a slice of life story for Arthur and Martin and maybe I was mistaken in what I thought “slice of life” story was, but I am not sure I agree with her. I am not disputing what author intended to write, obviously she knows the best what she intended. I am just not sure that the only point of this story was to show the ordinary every day happenings in the life of Arthur and Martin.

I mean, to me this story was *packed* with important character development and relationship development for Arthur and Martin, even though yes, it happened and kept happening in a very quiet, ordinary way. We could already see that Martin had changed even when the story began. I dont want to say that he changed for the better, I thought he was perfectly fine before, but for example he was able to go to the neighbors and asked them to change the pattern on the Christmas lights because it was causing Martin to have a horrible migraine. I thought it was huge, and it was done so well and Martin shares it with Arthur after this happened. So Martin was acquiring more survival skills probably?