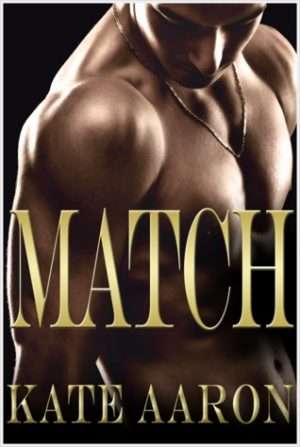 Whatever happened to Brian Scagill?

A year after his dramatic exit from England’s Grand Slam tournament, Brian has all but disappeared from the world of professional tennis, and doesn’t intend to return. He’s made a life for himself with fellow athlete Lexi Horvat, far removed from the dual pressures of fame and family.

A surprise wildcard might be his last chance to play on an international stage, and Brian’s life is thrown into tumult once again. This time, however, he’s not alone. Lexi has secured himself a place in the tournament, as has Jared, a young player the two men have been coaching. With his loved ones accompanying him, Brian agrees to play. Lexi promises they’ll take on the tournament together, as a team, but Brian knows better than anyone that on the grass, it’s every man for himself.

This is a sequel to “Ace”. As the blurb tells you, a year has passed since Brian quit tennis and he now lives in the US with Lexi. As much as I missed tennis matches in the first half of the book, I liked the romance in this book better. Probably because we get a chance to see the men at home and I just thought they had a nice chemistry together. I had a question mark where Lexi’s gig at the academy was concerned though. I know there are young coaches in the famous tennis academies, but as far as I know (and I can be absolutely wrong on this), they usually coach kids who are younger than Jared is and more importantly not Grand slam hopefuls yet, not even junior Grand slam hopefuls. Lexi is twenty years old now – will he be allowed to be a main coach for Jared?

This actually goes along with my main quibble where Lexi’s characterization is concerned. I like him very much but I thought he read as older than nineteen in the first book and way older than twenty in this book. It is just my overall feel for the character. He certainly does some silly things, but his overall maturity level felt as too high for his age.

He is still a very sweet guy and I thought he and Brian were great together, don’t get me wrong. The sex was very hot in this book too. Once they start preparing and playing in the tournament tennis makes an appearance again and I was a very happy reader about that.

“The inevitable eventually happened, Ethan taking the point with a decisive shot, slamming the ball far left while Jared was stuck way over to the right. Thirty-forty. It was a break point unconverted but it wasn’t the end of the world, and I was gratified to see Jared move straight back to his starting position and hunker down, ready and waiting for the next serve. Ethan served, Jared connected and returned the ball, and a rally began. This time, however, Jared was the one in control, hitting the ball alternately left and right, forcing Ethan to chase it. In a bold move, Ethan broke the pattern and raced forward, clearly intending to reach the ball before it went to the far court, where he had less time to control his return. He was just a fraction too slow: Jared saw him move and adjusted his aim, hitting the ball high to land at the back of the court near the baseline. Standing at the net, Ethan could only watch the set slip away. Jared had the break. “Another time, that would have worked,” I consoled Danny. “It was a brave attempt.””

→ Sirius
Previous article: REVIEW: All the Living and the Dead by Hayley Campbell
Next Post: REVIEW: The Oleander Sword by Tasha Suri