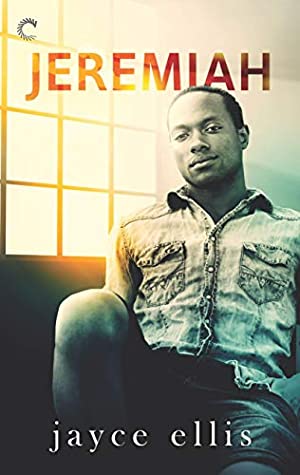 Jeremiah Stewart’s sexuality is no one’s business. Not that he’s hiding it. When—if—he finds the right one, he’ll absolutely introduce him to Mom. But a late-night brush with a sexy stranger in too much lip gloss has him rethinking nearly everything…

To Collin Galloway, direction is a four-letter word. Sure, he hates his job, he hates living with his parents and he really hates watching everyone move on without him. But he doesn’t know what he wants to do, long-term, and he won’t figure it out by thirsting over Jeremiah, the superhot, superintense paramedic who is suddenly everywhere Collin looks.

When Jeremiah’s faced with losing all he’s worked so hard to build, he reluctantly accepts Collin’s help. They’re both determined to stay professional…which works about as well as either would imagine. But Collin only does closets with clothes, and Jeremiah has to decide if he’s finally found the one worth bringing home to Mom.

This book is approximately 82,000 wordsReview:

I found your book when I was browsing Carina latest offerings. You are ae new to me writer and I was basically sold by the cute guy on the cover. Something that rarely happens these days since contemporary romances is not my first go to choice, never had been, but I am happy that I gave your work a try.

We meet Jeremiah (he and Collin both take turns to narrate the story from the first person POV. I was about to say first person past and then realized that it is mostly past but also sometime present) when he is meeting his friend Chucky and Chucky’s girlfriend Veronica in the bar. The news is exchanged – both good and not very good. The company where Jeremiah has worked for ten years as a paramedic is merging with another company and the layoffs are expected.

“Sometimes I hated that about Chucky. He could be drunk as hell, attention focused elsewhere, and still be the sharpest fucker in the room. Even when I knew he was hiding something. “We had a company meeting today.” On my off day. Always on my off day. “And…?” “They’re merging with HealthNet and exploring ‘cost-reduction methods.’”

Man, the euphemisms businesses came up with. “So… layoffs?” “Pretty much.” I plunked my glass down too hard and froze at the clink of the tumbler against the bar top. But nothing broke and I blew out deep, then downed the drink in one swallow. Chucky cringed. My sentiments exactly. “Shit, man, you’ve been there how long?” “Ten years almost. Feel like I’m too old to be starting over, you know?” Blood thumped in my ear and I was tempted to take my own pulse.”

This is taking place on the first few pages of the book so I don’t consider this a spoiler. Of course despite calling himself too old to start over Jeremiah is only 36 and he is realizing that he may need to start looking for another job. As we will learn later Jeremiah even has some specific thoughts as to where to go with his job search, but this may go into spoilers territory so I will remain vague on the details.

Jeremiah meets Collin for the first time when they are both going home from the bar and Jeremiah offers Collin his help to deliver his two drunk friends home. The author made me care for Jeremiah so fast – yes, he and Collin are clearly attracted to each other, but Jeremiah offers to help because he is a kind man and I liked that. As blurb tells you suddenly these two start seeing each other everywhere. Some of it was a coincidence, but a coincidence I could believe it, some of it was that Jeremiah is a first responder and he had to do his duty when Collin happened to be on the scene.

I loved that author kept showing us that Jeremiah was not just doing his work, but cared about his work – of course I expect paramedics to give the best possible care to the patients they are helping, but we see that Jeremiah is actually worrying about not being able to give the pain killers to the patient in pain (for a good reason, but it still makes the patient hurt more than he would have otherwise). The man has compassion and I am sucker for the characters who have empathy for the sufferings of the human beings around them.

I loved Collin too. I think the blurb exaggerated his issues a bit. I mean, yes, he is struggling with where he wants to move on with his life, but it seems that what he disliked about his job was lack of permanency rather than the job itself. I was glad though that he decided what he wanted to do with his career eventually – and even though it will eventually move his career in the different direction than before it seemed that he was in much happier place already where the work was concerned at the end of the book.

You would ask me readers, what about romance? Of course it was the focus of the story, but I loved that the relationship was moving forward because other parts of both men’s lives were changing and they started to take more proactive roles about. It just felt so real to me – both men seemed down to earth and I felt like I could have met them on the streets of New York. I thought Jeremiah and Collin suited each other and had a good shot at many years together.

I am often unhappy about the way romance stories handle mandatory break ups between the men and the time they spent apart before they decide to take their relationship to the new level. I am often unhappy with how and why they break up, but this book was so not the case. The conflict made perfect sense and was based on who the men were. It worked and getting back together was sweet.

→ Sirius
Previous article: REVIEW: You Had Me at Hola by Alexis Daria
Next Post: NEW RELEASES: Week of August 5, 2020