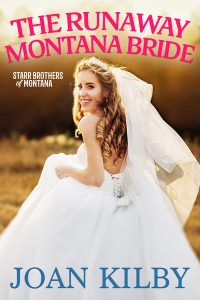 When lifestyle “it” girl Lilou Langdon dumps her wealthy, snobby fiancé days before their highly-promoted society wedding, she can’t get out of Manhattan fast enough. Desperate to escape, she begs her magazine editor for the first assignment out of town. With her designer luggage and pup in a purse, Lilou—who specializes in covering luxury resorts and glamorous travel destinations—arrives in Montana for a six day trek into the wilderness.

Adventure tour owner Garrett Starr was expecting an experienced, off-grid journalist to cover his wilderness trek. Instead he gets Lilou, a city-slicker ‘princess’ who doesn’t know a crampon from a crouton. Worst of all, she brings along her lion-haired Pomeranian, Simba. Garrett dreamed that the article would boost his business to the next level, yet Lilou appears to be his worst nightmare.

But Lilou didn’t make a name for herself by giving up, and soon both she and Garrett realize they’re in for more than they bargained for.

The blurb for “The Runaway Montana Bride” sounded much like many other blurbs I’ve read over the years and I was – to be totally honest – about to move on when the last sentence made me stop and reconsider. I was intrigued by the idea of a woman who was unprepared but not going down without a fight. How were Lilou and Simba going to handle the wilds of Montana?

The opening scenes had me worried about Lilou’s judgement. Here she was, days from her whooptido society wedding when she got broadsided by her fiance’s true personality. I mean this dude was a twat. I was as mystified as Lilou about how she ended up engaged to him. But she did have her line in the sand and once twatboy crossed it, Lilou was out of there. Okay maybe she was just carried away by the glitz of marrying Money. Anyway, the stage was set for her escape and I didn’t have to worry about her leaving a heartbroken guy.

Lilou is good at what she does and what she needs to do in her replacement role for a colleague with a broken leg, is go on this wilderness thing (Lilou skipped town so quickly that she does little beyond get some snazzy camping gear and doesn’t read the fine print) and promote the hell out of the business. With a vast Instagram following and lots of experience, she is sure (in the face of Garrett’s skepticism) she can manage to do this.

I was pleased that after one major and a few minor hiccups, Lilou gets with the program. It’s her competent actions that convince Garrett that, journalistically, she knows what she’s doing. She also sucks up her discomfort, doesn’t complain, and joins in with what Garrett has planned for the trek. Initially I felt I might need to mentally smack some of her fellow hikers for a bit of condescension but she even begins to impress them with a can-do attitude.

The attraction between Garrett and Lilou is quick off the mark but they both attempt to tamp it down for various reasons. Garrett loves his growing business of crafted wilderness treks and thinks Lilou might tough it out but that will probably be all from her. He’s not interested in being a rebound man. Lilou is not eager to jump into a new relationship so soon after ending her engagement and especially not to someone who loves places where she can’t get a cell phone signal or plug in her hair dryer.

But this is a romance so of course they begin, thankfully slowly, to get to know each other and rethink things. And they see each other at their worst, on a trail, and smelling after days with no bath, plus Lilou has to face up to her fears. I think they do probably end up knowing more about each other’s core personalities than she ever did with twatboy.

So things are going well — up to a point. There are a few incidents on the trail that blew my mind a bit. Lilou I can excuse for acting stupid about one of them but Garrett does two stupid things, including one he had expressly lectured the hikers about not doing and one thing that pretty much everyone with a smidgeon of common sense knows that you don’t do. Everyone survived but were I to read about this, I doubt I’d want to go on a trek with him. Then afterwards it becomes Family Reunion Time for characters from previous books. Thankfully this doesn’t continue for long but it was annoying.

When Garrett and Lilou announced their “I love yous” it was fairly quick after they first met but they’d gone through those six days of trials and blisters. I got the impression that they weren’t going to rush down the aisle and I was fine with that. This is a better fish-out-of-water book in that Lilou discovers a lot about herself and isn’t made to pratfall her way through things and I liked that Garrett is impressed by her gumption. If not for the incidents my grade would be higher but this is still a B-/C+