REVIEW: The Club by Lauren Rowe 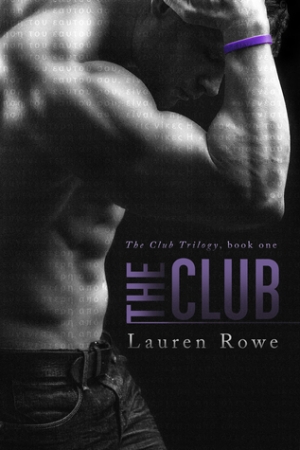 I’m adverse to books about sex clubs. They’ve been done so many times that I feel certain I’ve read every iteration of them at least once if not twice, but the blurb to this book caught my eye and as the book began to climb the Amazon charts I figured why the heck not. It’s only 99c.

And I’ll be the first to admit that this book’s Club story isn’t exactly the same as the others that preceded it. I wrote to someone that this book is a mix between Tangled by Emma Chase, Night Owl by M. Pierce, and Reasonable Doubt by Whitney G Williams. The hero is an arrogant know it all who wants one thing–to bring a woman to orgasm. The problem is that once he does this, the women change from wanting a good time to wanting him all the time.

During a climb in Boulder, his brother mentions The Club and says it was the best money he’d ever spent. No matter where you go in the world, on a moment’s notice, you can be hooked up with someone uncannily compatible with you. It’s the “uncannily compatible” phrase that hooks Jonas. He wants women who want to be thrown over the cliffs of ecstasy and then won’t return. So he fills out the application.

Sarah is an intake agent for The Club. Her job is to vet the application and make sure that the client is who he says he is. But the application that Jonas fills out gets her so worked up she replies to it, anonymously and surreptitiously (and likely in violation to her employment). She tells Jonas that his application proves him to be a bastard and that what he really wants is something that he won’t ever achieve because he’s too busy lying to himself. Sarah believes that what Jonas craves is more intimacy, not less.

The response sends Jonas in a tizzy. Her words turned him on and he sets out on a quest to find her (armed with only her email header from GMAIL). Eventually the two meet. (And yes, the chase is fun). And this is where the story deviates. Sarah cannot have an orgasm. She refers to herself as Mount Everest and suggests that Jonas’ belief that he’s always satisfied a woman isn’t true because it just isn’t statistically probable.

Sarah’s inability to orgasm isn’t immediately resolved by Jonas’ magic dick. In fact, this particular problem of Sarah’s is part of their emotional conflict. Sarah can’t orgasm because she doesn’t trust Jonas. He claims that she hurries her partners’ orgasm along in order to prove to herself that she’s continually right–no man can touch her. So even though Jonas is fabulously wealthy and fabulously gorgeous and fabulously good in bed, she still can’t climb the mountaintop.

The two quote Aristotle and Plato to each other. They stimulate each other’s minds as much as their bodies. Jonas’ abrupt change from constant womanizer to dedicated lover is sudden but you can’t have two reluctant lovers in a story or they’ll drift apart and in this book it’s Sarah that’s the one who’s unsure. There’s a sense that she even fights the orgasm, even as she’s chasing it, because she believes if she finds it, she’ll lose Jonas. After all, he likes a challenge and for a man who loves to get women off–who wrote an entire essay in his application about loving that but hating all the post loving part–Sarah is the ultimate challenge.

The two fall in lust hard just by an exchange of words. Jonas becomes obsessed with Sarah based on a picture of her breast and thigh. He has no idea what she looks like and doesn’t care. Of course she’s attractive and that makes it all the better for Jonas. (It would have been fun if she’d been a plain Jane).

The one thing that brought the grade down for this entertaining and fairly fast paced erotic romance was that it was a bit repetitive. Some of the dialogue and internal monologues covered the same territory repeatedly and I found myself impatient for the characters to move on from their emotionally stunted places. The tone of the book is very conversational. You might want to check the excerpt to determine whether this type of prose is strong enough for you. The Club ends in a plot cliffhanger, rather than an emotional one, and it’ll be interesting to see whether book 2 can sustain a strong emotional conflict. Book 1, however, was an entertaining and quick read. B-

Before Sarah and Jonas get together, Jonas takes advantage of his club membership and meets a woman. He has sex with her and is repulsed by it until he starts fantasizing about Sarah. Some readers might be turned off by this but it fit the storyline for me.