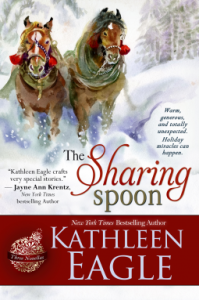 A Christmas star shines brightly in the Western skies, bringing hope, love, and miracles in three unforgettable stories of romance trimmed with the holiday traditions of Native America.

Cynthia intends to show her inner-city classroom that Santa does not forget about children. For Kyle Bear Soldier, donating part of his fortune is not just about giving money away, but about offering the hope that helped him rise from a dirt-poor childhood on a reservation.

Can two people from different worlds make miracles happen if they share the same dream?

The Wolf and the Lamb

As Christmas 1879 approaches, Boston-bred Emily Lambert arrives in the wilds of the Dakota Territory to find that her mail-order husband has died and left two young daughters for her to raise.

While guarding his heart, gunslinger Wolf Morsette, himself an outcast, reluctantly takes the trio under-wing.

With only the promise of the season to bolster their spirits, a fragile group sets out on a heart-wrenching journey across the frigid prairie in search of a welcoming home where love, acceptance, and new beginnings prove there is always room at the inn.

Sergeant Luke Tracker is a confirmed career-army man, and he’s only dropping in for the holidays to make his sister, Frances, happy for a while. He’ll spend a few days with their family, enjoy a dose of traditional celebrations, play Santa at the school where Frances teaches—easy.

Hope Spencer has no idea that her friend Frances is about to play Mistletoe Matchmaker. Until she lands on Luke Tracker’s knee.

Tis the season for Christmas anthologies and when I saw this collection of some of your previously published novellas, I couldn’t resist revisiting two of them and trying the third. I’m not sure who wrote the blurb for “The Sharing Spoon” but I certainly didn’t recall any fortune that the hero had beyond his abundance of determination to help the children of his school. The second blurb – for “The Wolf and the Lamb” is fairly accurate while that for “The Twelfth Moon” might have been expanded just a tad.

In all of the stories, I enjoyed the easy way you worked in the details of NA/Indian culture and traditions. Newbie Cynthia might have come off as a bit of a wide-eyed innocent as far as not only her trial-by-fire introduction to working with school children but also learning about the Lakota and Ojibwa teachers with whom she’s working. But her almost painful earnestness was easing by the end as she began to get into the spirit of Indian time and Indian humor.

The story ends with the two of them heading towards the point where they can take their relationship two – if not more – steps forward and I agree with Kyle’s niece that she’s probably going to be calling Cynthia “Auntie” fairly soon though these two still have a ways to go before a HEA. I’m glad that the finish point still allows them this time. B

I’ve read my share of hard bitten, half-breed gunslinger stories so I wasn’t sure how you’d handle this type of hero. Wolf Morsette isn’t quite as tough as nails as some I’ve seen and I like the fact that his Metis culture hasn’t cast him off as is so often the case with this genre. He’s still got some softness to go with his rougher edges though he doesn’t turn into an overnight marshmallow when faced with Easterner Emily and two orphaned, mixed breed girls.

Emily might be momentarily out of her depth when she arrives in South Dakota but soon shows she’s got the grit to make it and the heart to take charge of two “daughters” she’s never met before. The story manages to avoid veering into too cutesy territory as Emily and Wolf continue to have quite realistic male/female clashes to go along with their culture shock. B-

Soldier Luke Tracker meeting his match in teacher Hope Spencer is a story I loved when I first read it and it remains a favorite today. You’ve got neat thumbnail backstories that reveal just enough of each of them, show their differences and then the novella moves on to let us see them coming together, and getting to know each other. Plus as a bonus there are more little nuggets of information about reservation life, about Luke’s family and their pride in his accomplishments plus some hints and tips about what to look out for at a feed. The giveaway scene moved me to tears a second time just like it did the first. Here is economical story telling that shows me everything I need to know to believe in their HEA and believe it I do. A