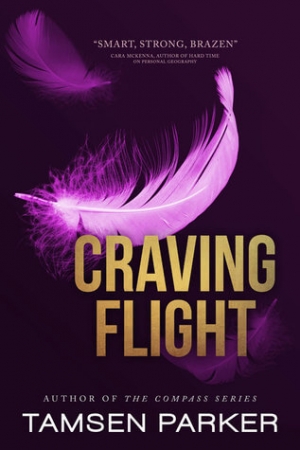 One of my friends put me onto this book and I’m so glad she did. While the characters are white, financially secure and live in New York, they are like no other characters I’ve read before. The story is different, vibrant and respectful of the Orthodox Jewish culture and also deeply sexy.  As the old song says, no-one knows what goes on behind closed doors.

Tzipporah is a 37 year old professor of religious studies. She was born with Jewish ancestry but her parents do not identify as Jewish. As she has grown older, she has felt more and more connection to her Jewish roots and a deep need to express her faith. Over the course of some years, she changed her life. She changed her name (from Zoe), the way she dresses, the way she eats (she keeps kosher but is a little scatterbrained and therefore makes mistakes with this, which mortify her, from time to time) and covers her hair* with tichels, colourful scarves some married Orthodox Jewish used to meet dress/modesty requirements (others use sheitels/wigs).  She studied at a seminary during a sabbatical year from teaching and has moved into a neighbourhood with a large Orthodox Jewish community so that she could live what she feels to be a more authentic life. (*As an unmarried woman, it is not necessary for Tzipporah to so cover her hair, this is a thing she has kept doing out of preference and it is explained in the book.)

When the novella begins, Tzipporah is about to marry Elan, the widowed operator of the Klein family’s kosher butchery. He is a big broad man, very much the strong silent type. Tzipporah had previously been married to Brooks, a fellow professor and the epitome of a WASP. With Tzipporah’s increasing interest in Judaism, combined with her desire to be dominated in bed, her marriage broke down and Brooks cheated on her. (He may have had reason to leave the marriage, but he didn’t have to cheat, right?).  She has been divorced for about five years and now wants to experience intimacy and marriage again. She has no significant hopes she will find a Dom as well as a husband but at least with Elan, she believes she will have no trouble imagining him in the role (she plans to fantasize as a way to fulfill her kinky side) – he certainly has the build and charisma she desires in a Dom.

Orthodox Jews do not spend time alone together before they are married and there is no sex prior to marriage either. So Tzipporah has to hope that she and Elan will be sexually compatible. The ban on premarital sex is not unique to Orthodox Jews of course, but without so much as even a kiss prior to the wedding night, it is serendipity (or genre romance) rather than good planning which results in Elan being the Dom of her dreams.

Tzipporah and Elan have had only four dates and various social/community outings in the brief period of their courtship. Before they were married, they did talk about important things like whether they both wanted children and how strict their religious observances would be, but sex was not really up for discussion. When they are married therefore, it feels something like a marriage of convenience setup because the couple are really only just getting to know one another. It creates a delicious tension because they have been thrown together (by the story) and they connect on a sexual level but when it comes to just about everything else, being married is a struggle.

Tzipporah feels alien in most places these days. She doesn’t obviously fit with non-Orthodox Jews because of her attire (among other things) and yet, she doesn’t feel she truly fits with the Orthodox Jewish community either – she hasn’t been this observant for her entire life and she struggles with keeping kosher and various other observances. Those who have grown up within this culture have no such (apparent) problems.  Tzipporah longs to ‘fit’ with Elan. But he is so silent and gruff she doesn’t really know what he’s thinking. With parental disapproval from both sides, Tzipporah becomes increasingly stressed and it is only in the bedroom where Elan, via bondage, domination and impact/pain play, makes her feel secure. Elan calls her his “little bird” and sets her free via their D/s play, to fly. In the bedroom, she does feel his affection and a sense of belonging.

The sex scenes serve to demonstrate a connection between the pair, even when the rest of their lives seem disconnected. Sex becomes something of a bridge between them but even so, both Tzipporah and Elan have to learn to communicate more openly about what they are thinking and feeling before they get their HEA.

I loved it. The writing is crisp and clean, and the imagery evocative without being overdone.The story also suited the first person present tense very well. The D/s play was sexy and sensual and there was something unbearably erotic about how no-one outside their relationship would ever guess the kinky stuff which goes on in Elan’s and Tzipporah’s bedroom. But what fascinated me the most was the different culture. I had basically no idea how Orthodox Jews live and, while I’m sure this novella is in no way (intended or otherwise) a primer on (Orthodox) Judaism, the explanations and descriptions felt accessible and respectful.

It was very clever to make Tzipporah a professor of religious studies; this gives her the opportunity to organically explore some of the similarities between various religions and religious rules and observances, such as dietary and dress restrictions. Because she felt like an outsider (in some ways) in both camps, she was able to explain what it felt like for non-Jews to point and stare at her. And, because she was relatively new to the Orthodox Jewish community, she had good reason to still be learning about how to go on, which helped make the story accessible to a wide audience (or, you know; me), without her being totally clueless and running the risk of being seen as a caricature.

There is a glossary at the back (which, because it is at the back, I only found once I’d finished the book and had already looked up most of the things I didn’t know online – a limitation of ebooks I think) which gives a basic overview of the terminology. I was happy to look things up as I was reading. I didn’t find it to be too much of an interruption at all and the (limited I’m sure) understanding of what I did look up helped to orient me in the story better and gave me a richer reading experience.

In terms of limitations, I would have liked a little more of Elan and Tzipporah talking to one another and I’d have liked  to have seen, on page, Elan standing for Tzipporah against his family rather than just the promise of it. I was also really curious about how Elan had learned so much about shibari and flogging etc – there was something of an explanation in the story but I was still curious for more. However, it is a novella and, while the story felt dense and rich to me, I’m never going to know everything there is to know in so short a work.

Yay for unusual and diverse romance. More please. A-.

→ Kaetrin
Previous article: Monday News: Android monopoly?, books for Syria, YA diversity, and startling satellite photos
Next Post: Where Were You When…Part 4