I also read and reviewed: The Mill on the Floss, Allegiance of Honor (with Janine) and A Lily among Thorns.

Wow, it’s been a while since I’ve done one of these! 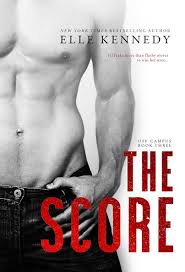 The Score by Elle Kennedy

I enjoyed this, the third book in the Off-Campus series; though not quite as much as Kaetrin, who gave it an A-. I ended up giving it a B+. Like the rest of the books in the series, The Score is very readable and entertaining, though unrealistic at times (the heroine’s getting offered – and turning down! – a starring role in a network sitcom out of school was ridiculous). I was kind of put off by Dean’s exhibitionism, as I had been in previous books. Still, the book rather surprisingly manages to make him believable as a monogamist, which given his behavior in the first two books of the series, is an impressive feat. I’m looking forward to the next book in the series. This took me FOREVER to read. It’s long, but the amount of time it took was excessive even for a long book. I really liked the writing, but the majority of the characters were not sympathetic or relatable, which made it hard to care about the action. The larger problem was that the plot was incredibly meandering. I always say plot is the least important factor to me; if a book has good writing and strong characterization I’m usually happy. But good writing, unappealing characterizations and a huge, messy plot that just goes on and on….adds up to a book that is barely a C+, and only that high because Clarke’s writing really does sparkle. 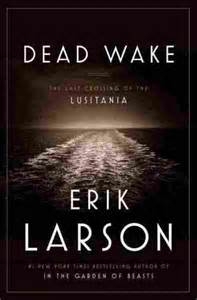 I’ve read several of Larson’s previous books, most notably Devil in the White City (fascinating though grisly; I do recommend!). Dead Wake was a pretty engrossing take on a subject I knew very little about – the sinking of the Lusitania during World War I. Larson weaves together first-person accounts from both those on the doomed ship and those in the German submarine that fired the torpedoes, as well as other players in the United States, England and Germany. Dead Wake was an interesting and evocative history lesson. I gave it a B. 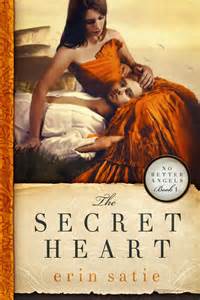 The Secret Heart by Erin Satie

I got this from the Daily Deals (a while ago, I think?) after seeing that it had a positive DA review. The prose was pretty good and the conflict unusual – the heroine is basically open about trying to trap the hero into marrying her (to avoid a worse husband and help protect her little brother, but
still). I thought they were interesting characters but marred by unrealistically each having a passion that seemed unlikely for 19th century upper-class folks – him for bare-knuckled boxing, and her for ballet. Their “hobbies” felt tacked on rather than organic. I gave it a B. 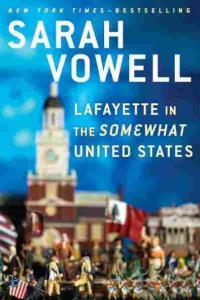 Lafayette in the Somewhat United States by Sarah Vowell

I really enjoyed Vowell’s Assassination Vacation (worth it just for the description of the 19th century sex cult/silverware-making Oneidan community and their relationship to James Garfield’s assassin Charles Guiteau). I’ve liked a couple of other books by the author as well. This one traces the path of Marie-Joseph Paul Yves Roch Gilbert du Motier, Marquis de Lafayette (generally just known as Lafayette), the very young Frenchman who became a general fighting for the Americans in the Revolutionary War. Along the way, she examines the other key players in the revolution and muses about the state of the union, both during the war and in modern times. Very interesting and funny at times, but a bit lacking in cohesion for me. I gave it a B. 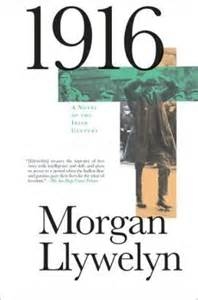 I’ve heard of Llewellyn for years but never read her. A relative with, shall we say, Irish Republican sympathies loaned me this book, which tells the story of the 1916 Easter Rising through the eyes of a fictional character, Ned Halloran. Ned’s life is actually an adventurous one before he even gets caught up with Patrick Pearse and other major figures in the Rising; he survives the Titanic sinking as an adolescent. I was interested in the subject matter, but the writing in 1916 is some of the most exposition-y I’ve ever come across in fiction. It’s also awkward, contrived and painfully stilted. As a result, this (long) book was pretty tortuous to read, and it was only by some perverse determination that I actually finished it. I originally recorded a grade of C- in my book log, but now, about a month later, the pain lingers and I think I’m going to drop it down to a D. 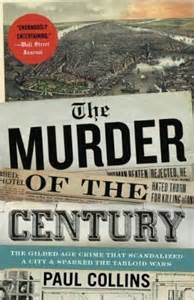 The Murder of the Century by Paul Collins

I was casting about for some non-fiction to read and came across this book on Amazon; it’s a true crime tale that also chronicles the rise of yellow journalism in fin de siecle New York (the subtitle is “The Gilded Age Crime That Scandalized a City & Sparked the Tabloid Wars”). I tend to shy away from true-crime books; they have an exploitative feel that disturbs me, but I was interested in the journalism angle and figured that the crime was long enough ago that the details would bother me less. That actually ended up not being the case; in spite of the crime being in many ways as prosaic as murder can be (woman and lover kill her ex-lover; the most sensational detail was the fact that the body was carved up and pieces kept turning up around New York), the story bothered me. So while this was interesting and well-written, it was also a pretty downbeat read for me; I gave it a B-. 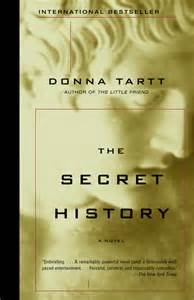 The Secret History by Donna Tartt

I read Tartt’s Pulitzer-Prize winning The Goldfinch several years ago and loved it. Someone gave me a copy of this, Tartt’s first book, published in 1992 to great acclaim. (I was surprised when I saw on the copyright page that the book was published *that* long ago, though it explains some of the references that confused me, such as to Jane Fonda exercise videos, being that it’s set even earlier.) What some have called “a murder mystery in reverse” starts with the narrator referencing the murder he participated in at his small Vermont college. The first half or so is driven by the question of why Richard and his friends murdered Bunny Corcoran by pushing him down a steep ravine. The second half details the aftermath of the crime and the disintegration of the group as various members react differently to the crime. The writing is beautiful and the story compelling, but I also found this book rather depressing because all the characters were to various degrees repellent. I’m stuck between a B and a B+ for this one; I’d probably go with the latter because it is compelling and beautifully written.