Warning: mysqli_query(): (22032/3141): Invalid JSON text in argument 1 to function json_contains: "Invalid value." at position 0. in /home/customer/www/dearauthor.com/public_html/wp-includes/class-wpdb.php on line 2187
 What Janine is Reading and Listening to: This and That
June 19, 2020

What Janine is Reading and Listening to: This and That

Sense and Sensibility by Jane Austen, narrated by Rosamund Pike

I listened to this audiobook a long while ago so I’ve probably forgotten some things. A lot of you already know this, but Sense and Sensibility tells the story of Elinor and Marianne Dashwood, two teenaged sisters who navigate romantic relationships in very different ways. 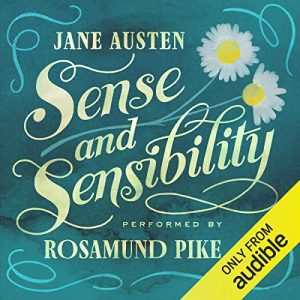 Marianne, the more emotional of the two, falls in love with a cad named Willoughby, and when his true nature becomes apparent, Marianne first refuses to believe it and then refuses to consider the possibility that she will ever get over her heartbreak. This despite the fact that Colonel Brandon, an older but much better man, is falling for her.

Elinor, meanwhile, carries a torch for the shy Edward Ferrars, whose family expects him to choose someone else. When her romantic hopes are dashed, she conceals the worst of her heartache from her sister and mother and they believe her incapable of deep emotion.

One thing that I wasn’t wild about (although I only noticed it in two short sections) was that when Pike narrates Austen’s brief summaries of what each of several characters feels or thinks, she slips into each character’s voice for a line or two, switching from to voice to voice. I would have preferred for the omniscient narrator to have its own distinct voice, rather than be a composite of the voices of the characters. This is a minor point, though.

As to the story itself, while it is both satirical and moving, it’s less successful for me than P&P and Emma. I love Elinor; her quietness and thoughtfulness are lovely. She is an example as what I think of as the “still waters run deep” character, and I love characters who fit that descriptor.

However, I feel that the exploration of Marianne’s sensibility, her emotional nature, is lacking. She is so overemotional and histrionic that she makes for too easy a target (the same is true of the girls’ mother). Marianne is portrayed in such a way as to enable Austen to get away with not giving her nature due consideration. Satirizing her is picking low-hanging fruit. Elinor was a wonderful character but I think she could have been just as wonderful had Marianne been portrayed with a little more depth; Marianne could have served as Elinor’s foil to a lesser degree without taking anything away from the loveliness of Elinor’s gentle heart, and some room could still have been left for the social satire.

Additionally, I felt that the resolution to the Marianne / Colonel Brandon situation was rushed. I hardly got to enjoy it, and then the book was over.
B+/A-.

This is the link to the audiobook at Amazon

You May Kiss the Bride by Lisa Berne 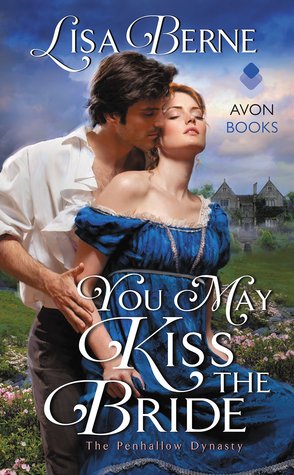 The plot concerns a forced marriage between Gabriel Penhallow, an heir to a fortune and the scion of a long-lasting dynasty, and Livia Stuart, a sweet and spirited girl trapped in her indifferent aunt and uncle’s house.

Gabriel’s grandmother has picked out a bride for him, but before he can get engaged, he is caught in a compromising position—kissing Livia—after an earlier interaction with her gets under his skin. His grandmother won’t tolerate any kind of stain on the Penhallow name so the next step is for Gabriel and Livia to get engaged. The next after that is to turn Livia into a bride worthy (in his grandmother’s eyes) of Gabriel.

Berne has a Heyeresque style of language I like. Here’s an example of what I mean:

But for this pleasure she had to wait. Two, then three weeks went by, and still he absented himself from his grandmother’s home. Mrs. Penhallow grumbled about his undutiful attitude, then in the very next breath added that it was just as well, for she would, she announced, forbid his presence anyway, until Miss Stuart was no longer a half-savage, unlettered, ill-spoken, maladroit, freckled tatterdemalion.

I caught two factual errors. The first was a reference to Beau Brummell’s horrible pink coats, when in fact it was Brummell who popularized a less-gaudy style and played a significant part in the transition to the trend of men wearing subdued colors. The second was a mention that the first Penhallow arrived in England with William the Conqueror.

Penhallow is a Cornish surname (as are most English surnames beginning with “Pen—”). Cornish people are, to quote from Wikipedia “a recognised national minority in the United Kingdom which can trace its roots to the ancient Britons who inhabited southern and central Great Britain before the Roman conquest”. The first Penhallow, therefore, would not have arrived in England at all–he would have originated from it.

I spotted a few verbal anachronisms but not many. The book had a lot of humor and charm and that’s part of why it gripped me in the first third. But the plot turned out to be episodic rather than cohesive. Conflicts crop up one after the other to keep the couple apart and because there isn’t much of an overarching conflict that carries through the whole novel the series of smaller conflicts starts to feel like a construction.

The book was too fluffy and cute my taste. The characters are *too* appealing if that makes sense–their interactions are cute to a point where it becomes obvious that they are constructed to be adorable. The author’s hand is felt here, too.

The episodic aspect of the plot made the middle sag, and by the time I quit (two-thirds through) I realized that while the main characters were charming, that was close to all they were. They didn’t have much in the way of contradictory characteristics to give them depth. Most of the other characters in the book were either good or bad, without much in between, except perhaps for the grandmother (she reminded me a bit of the wonderful grandmother in Judith McNaught’s book Something Wonderful). The female villain was particularly shallow.

After I put down the book, a second friend recommended book three in the series so it’s possible I’ll give it a try sometime. You May Kiss the Bride is a DNF, though.

An antisemitic expression is used twice.

L.M. Montgomery is the author of the classic children’s novel, Anne of Green Gables, of its sequels, and of another well-regarded series that begins with Emily of New Moon. 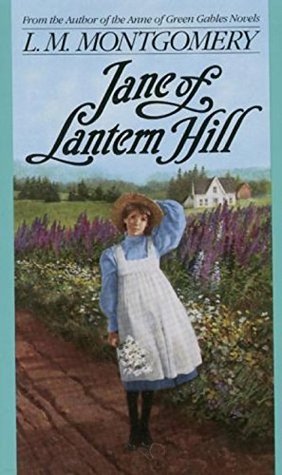 Jane of Lantern Hill is another of her books, published in 1937. When this Goodreads review pointed me to it, I gave it a try.

Jane is a riveting book. I picked it up at night to read a little something before going to sleep and stayed up until morning. I finished it within 24 hours. Granted, it’s a short book (274 pages), but that’s still almost unheard of for me.

The storyline is about Jane Stuart, a 10-12-year-old girl gaining confidence when she gets away from her oppressive, emotionally abusive grandmother, with whom she and her mom live. It also goes into the separation of her parents–whether or not they will reunite is the question behind a subplot.

Jane and her mother live in her imperious grandmother’s Toronto house. Jane’s mother is weak-willed and although loving to Jane, rarely stands up to her own mother. Jane feels trapped there and ill at ease—no one, not even a cousin her age, is kind to her, until she befriends an impoverished girl who works at the hotel next door.

Jane believes her father passed away. But when she’s ten, her father, a newspaper columnist whose picture Jane (much to her grandmother’s fury) clipped out of the newspaper without knowing his identity, asks for visitation. At first Jane is opposed to leaving her mother to spend an entire summer with a complete stranger, but when she sees him it is love at first sight.

It’s her visits with her father in Prince Edward Island that catalyze both the changes in her and the changes in her parents’ relationship. Jane, who up until then was shy and unsure of herself, comes into her own at her father’s house on Lantern Hill. She gains confidence and friends whenever she goes, and when she goes back home to her mother, her grandmother’s cruelty can no longer reach her.

It’s touching to see Jane blossom and befriend others, do her impoverished friend in Toronto a good turn, and develop her love of cooking. She gets satisfaction from keeping house for her father and as her skills develop so does her confidence.

She quickly realizes that her father’s older sister interfered with her parents’ marriage as much as her grandmother did, and that her parents, who never officially divorced, still love each other.

Jane of Lantern Hill is a delightful book, touching, funny and sweet. For me it was slightly marred by an antisemitic expression that was used twice.

“To Jew down” used in placed of “to haggle.”

I’m Jewish and it bothered me but nowhere near as much as the content of many other books written around the same time frame have done. YMMV, obviously.

There was also some excessive sentimentality, and some stuff was over the top.

Jane leads an escaped circus lion by the mane to pen him in a barn. It takes her fifteen minutes but neither she nor anyone else gets hurt.

This is to be expected in a children’s book but was laying it on a little thick for this adult.

It isn’t clear why Jane’s father didn’t choose to play a part in her life sooner. Also, when Jane made friends with the kids and adults she met at her dad’s, there were so many of them that I struggled to keep track of them all and eventually gave up and skimmed some of those sections.

I would rate this a B- if it weren’t for the antisemitic expression but since I’m dinging it for that, it gets a B- / C+.