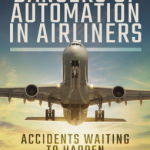 REVIEW: THE DANGERS OF AUTOMATION IN AIRLINERS: Accidents Waiting to Happen by Jack J. Hersch

You may want to strap in for this. Pilot and aviation enthusiast Jack Hersch brings you aboard the cockpits of doomed jumbo jets, including the Boeing 737 MAX, the Airbus A330 lost over the South Atlantic, and the Bombardier Q400 that stalled over Buffalo, in his expert analysis, THE DANGERS ... more >

Wednesday News: Wrinkle in Time, PHR grows, a book is a book, and hundred-year-old words

The Remarkable Influence of A Wrinkle in Time – A sweet tribute to Madeline L’Engle’s book, and in particular its impact on teen readers and the development of the strong, imperfect heroine. I did not know the publishing history of the book, but it makes an interesting comparison to the current ... more >

Spoiler Alert: Artificial Intelligence Can Predict How Scenes Will Play Out – Although still at a very early stage, this technology is a step forward in the ability for machines to predict how a scene will play out, which has implications for everything from automatic video tagging in Facebook to self-driving ... more > 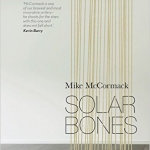 Thursday News: War poets, dark side of tech, 2016 Goldsmiths Prize, and all about vowels

Spotlight on War Poets – The U.S. will recognize Veterans Day on Friday November 11th, and in anticipation, My Poetic Side has a post on some noteworthy wartime poets, from Walt Whitman to Brian Turner: American poet Rolando Hinojosa’s service in the Korean War provided inspiration for Korean Love Songs. This 1978 ... more >

WRITING ON THE WALL: DISAPPEARED BOOKSELLERS AND FREE EXPRESSION IN HONG KONG  – PEN America has weighed in on the relationship between China and Hong Kong publishing, and in particular the recent case of the disappearing booksellers. The report “examines the wide-reaching impact for Hong Kong as an international publishing center ... more >

Friday News: The Internet is down, are adult coloring books over, and the Nine Dots Prize

This Is Probably Why Half the Internet Shut Down Today [Update: It’s Getting Worse] – If you’re having trouble connecting to any number of your favorite websites (for me it’s Try the World), it may be due to an enormous denial of service attack that has affected sites from Basecamp to People ... more >