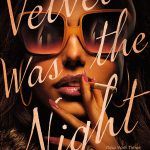 Dear Silvia Moreno-Garcia, I’ve had mixed success with your books. I loved Gods of Jade and Shadow, your young adult fantasy, liked your sort-of-domestic-noir thriller, Untamed Shore, and didn’t care a bit for Mexican Gothic, the horror novel you came out with last year (I was an outlier; it was ... more >

This website recommends novels by making sure you can’t judge a book by its cover – This reminds me a little of DA’s First Page feature, except, of course, that recommendmeabook.com features already-published books. Click on the site and you will see the first page of the book without title or author, ... more > 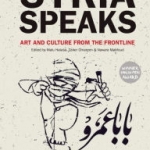 Publishers ‘committed’ to investment following Brexit – Along with a sense of chagrin, there is still a lot of uncertainty around the likely consequences of Brexit, but at this point publishers foresee the opportunity of more and cheaper exports, but are also concerned about the impact of Brexit on academic publishing ... more >

Jewel v. NSA Moves Forward—Time For NSA To Answer Basic Questions About Mass Surveillance – And now we tune in to the ongoing saga of the US government’s attempts to block, delay, and otherwise frustrate one of the most important cases regarding unwarranted domestic surveillance in the history of the country. ... more > Thursday News: The one about Apple and the FBI

The Apple-FBI Fight Isn’t About Privacy vs. Security. Don’t Be Misled – The FBI’s demand that Apple create software that allows law enforcement (in this case, the FBI) into people’s phones marks a very important crossroads in regard to the tradeoff many people believe we must accept between privacy and security. ... more >

Court Says EFF Can Move Forward With Discovery In Its Big Case Against NSA Surveillance – Despite a number of legal setbacks, the Electronic Frontier Foundation scored a huge victory last week when Judge Jeffrey White gave plaintiffs the right to proceed with discovery. Not only is this case notable because ... more >