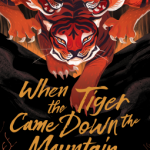 REVIEW: When the Tiger Came Down the Mountain (The Singing Hills Cycle Book 2) by Nghi Vo

The cleric Chih finds themself and their companions at the mercy of a band of fierce tigers who ache with hunger. To stay alive until the mammoths can save them, Chih must unwind the intricate, layered story of the tiger and her scholar lover—a woman of courage, intelligence, and beauty—and ... more >

Spoiler Alert: Artificial Intelligence Can Predict How Scenes Will Play Out – Although still at a very early stage, this technology is a step forward in the ability for machines to predict how a scene will play out, which has implications for everything from automatic video tagging in Facebook to self-driving ... more > 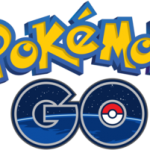 Pokémon Go and the evolution of publishing treasure hunts – With an average of 7 million downloads A DAY, Pokémon Go has made location-based gaming bigger and more popular than ever before. But according to Guy Gadney, the game also has the potential to change the future of publishing, as new media affects ... more >

Data Mining Reveals the Six Basic Emotional Arcs of Storytelling – According to this new “data-mining” of 1,700 literary works in English (can you already spot some problems?) with more than 150 downloads from Project Gutenberg,  there are a grand total of six “building blocks of complex emotional narratives.” Additionally, the team ... more >

Publishers Petition White House to End Cuba Book Embargo – With 40 signatories thus far, publishers, trade organizations, and agents have signed a petition to lift sanctions that constitute a trade embargo on US published books. Since Congress is not expected to completely end the sanctions before Obama leaves office, focus ... more >