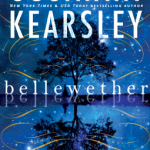 “The house, when I first saw it, seemed intent on guarding what it knew; but we all learned, by the end of it, that secrets aren’t such easy things to keep.” It’s late summer, war is raging, and families are torn apart by divided loyalties and deadly secrets. In this ... more > Tuesday News: From comics to shoes, with a couple of stops in between

Marvel’s Contest of Champions leaps from video game to comic book – In yet another sign that entertainment genres are simultaneously and paradoxically diversifying and merging, Marvel has announced that they will be creating a comic based on the video game Contest of Champions, which features kidnapped superheroes forced by ... more >

A Writerly Chill at Jeff Bezos’ Fire – There’s some real crap in this article (the swat at Ayelet Waldman is particularly sexist and offensive), but I also thought it was worth posting, if you haven’t already seen it, because it sheds some light on a little of the relationships ... more >