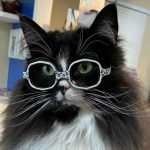 Truffles the Kitty Four years ago Danielle Crull rescued a kitten in the woods. She didn’t realize she’d just found a new employee – one who is routinely named “Employee of the Month” (every month) at the children’s eye center that Crull owns. Truffles, now famous for her glamorous glasses ... more > 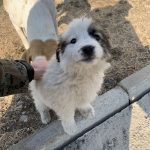 There’s nothing like a cute puppy or kitty story to warm the cockles of my heart. Who’s a cute puppy – Marshmallow, that’s who. When serviceman Patrick Brady saw the little puppy, he immediately fell in love with her. She and other puppies helped the troops’ morale when they had to ... more > 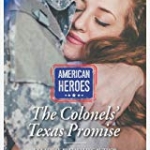 A marriage pact, sixteen years in the making. The vow was simple. If they were single by the time they made lieutenant colonel, they’d marry. On the day of her promotion, Juliet Grayson is at Evan Stephens’s door to ask him to keep his promise. Juliet only needs a father ... more > 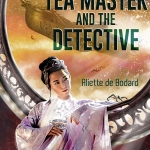 Where Death Meets the Devil by L.J. Hayward Jack Reardon, former SAS soldier and current Australian Meta-State asset, has seen some messy battles. But “messy” takes on a whole new meaning when he finds himself tied to a chair in a torture shack, his cover blown wide open, all thanks ... more > 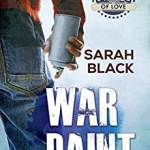 Blurb: There’s an art to love. Mural artist Ben has come from Tel Aviv to Atlanta to work on a commission. A successful artist, he’s still lonely and isolated after his family’s rejection. Ben is charmed and surprised when local soldier Eli mistakes him for homeless and brings him a ... more > 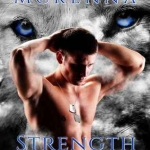 REVIEW: Strength of the Pack (The Tameness of the Wolf #1) by Kendall McKenna

SiriusB Reviews Category / B- Reviews / Book ReviewsMilitary / werewolvesComments Off on REVIEW: Strength of the Pack (The Tameness of the Wolf #1) by Kendall McKenna

A Marine werewolf and his commander bring legends to life while surviving combat deployment in Afghanistan. Lieutenant Lucas Young doesn’t know much about shifters. When Sergeant Noah Hammond is assigned to Lucas’ platoon, the Marine Corps’ True Alpha werewolf challenges the Lieutenant’s authority and his self-control. As Lucas learns to ... more >