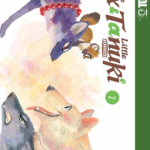 REVIEW: The Fox & the Little Tanuki Volume 2 by Mi Tagawa

After 300 years, the gods that imprisoned Senzou the Fox Spirit for his arrogance finally set him free. There is only one condition – he can’t have any of his supernatural abilities back until he successfully helps a tanuki cub named Manpachi become one of their magical assistants. Unfortunately for ... more >

The Fox & the Little Tanuki, Vol. 1 by Mi Tagawa Long ago, the gods granted a few special animals great powers… but not all those animals used their magical abilities for good! Senzou the Fox Spirit in particular grew too brash and arrogant, abusing his strength until the gods ... more > 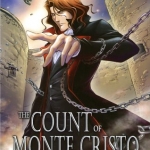 The victim of a miscarriage of justice, the Count of Monte Cristo is fired by a desire for retribution and empowered by a stroke of providence. In his campaign of vengeance, he becomes an anonymous agent of fate. The sensational narrative of intrigue, betrayal, escape, and triumphant revenge moves at ... more >

The 10 best books of 2017 – Although we’re positively besieged with “best of” and “must buy” book lists at this time of year, I appreciate the levels of diversity in this list, and despite the Saunders book (YAWN), there are some entries that may deserve a bit more of ... more >

Don’t Judge a Book by Its Cover—Judge It by Its First Page  – I think we posted something about Recommendmeabook.com a while back, but I’m glad to see it’s still going (and hopefully the library of available books has increased). This is the kind of rabbit hole I could spend hours ... more > 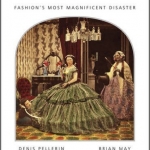 Women Swept The 2015 Nebula Awards – So women took almost all the major Nebula Awards, including Novel (Naomi Novik), Novella (Nnedi Okorafor), Novelette (Sarah Pinsker), Short Story (Alyssa Wong), and YA (Fran Wilde). Take that, Puppies? The science fiction world has had its share of drama with the Hugo Awards ... more >